Victony – All Power Belongs To Your Bum Bum (Jolene) 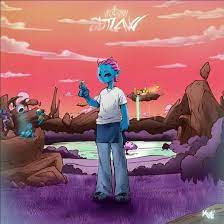 If we keep our promises, APC will retain power in 2023 – Babtunde Fashola says

Minister of Works and Housing, Babatunde Fashola, has said that the All Progressives Congress APC will retain power in 2023 if it keeps its promises to Nigerians.   Fashola said this when he spoke with newsmen in Abuja on Monday, November 23.   According to the former governor of Lagos state, citizens would vote for any party […]

“Release our husbands for us. There’s no Coronavirus” Wives of Egbin power station workers storm the company’s residential estate to demand that their husbands be released (video)

Wives of Egbin power station workers made a scene as they called for their husbands to be released to them.   Staff of Egbin power station, in Egbin-Ikorodu, have reportedly been banned from going home due to the COVID-19 pandemic. They are expected to remain within the company’s residential estate to avoid Coronavirus.   According […]

Pastor Miracle Udemgba – You Are Good + Power In The Blood

Talented artistes, Teni and Phyno team up on this hot new banger titled ‘Power of Cool’ produced by Major Bangz. Furthermore, the Tom Tom ambassadors delivered mad flows on the new hit which is sure to be a chart-topper in the coming weeks. Recall, Teni and Phyno were announced as Tom Tom some months ago and have since being representing the brand […]

Talented Nigerian artist, P Sky has delivered a brand new single titled ‘God’s Power‘ featuring Graham D. The Edo State-born artist, Jackson Osawaru better known as P Sky, is a graduate of Business Administration from Auchi Federal Polytechnic. He has been in industry for long and hails from a reputable family. The P Sky loves music and singing […]

Your Favorite Dancehall Producer, Jay Pizzle Production best known for producing most of the street-hop jams that is rocking the airwaves massively.. He is out with a new JAM “Power (Gbese)” Featuring Ace Singer “GEE4” This House infused production will get you on your feet anytime you listen! Taking the House music Vibe to a whole Different […]

It’s yet another great tune from the Energetic female gospel music and soul singer Mercy Chinwo. She has been rocking the airwaves with hit songs like Igwe, Excess love and On a Regular, Omekannaya and lots more from her hit album “THE CROSS MY GAZE”. Just after the release of AfroPop sound, “CHINEDUM” is yet another brand new single from […]

Power in the name of Jesus – House on the Hill﻿

Bolaji Olaniba with the stage name – House on the Hill, after the succesful release of his debut hit single titled,Love Thy Neighbor (Feran Omo Enikejire) which is still fast treading on all entertainment social media, he dropped another brand new song  titled “Power in the name of Jesus” with the tag “Da renewing tunz” Genre. INSPIRATION: As a wellspring of Courage […]

Osayi Iyamu as we all know as Royal Zyon A.K.A D’Royal Sweet, has finally drops his long awaited single, he titled this one Power Bank. Royal Zyon who is originally from Benin City Edo State, Nigeria, his an entertainer who never seize to wow & amuse us with his uniqueness and hard work. Power Bank […]

[MIXTAPE] POWER OF THE STREET MIX VOL4. MIXED BY @YOUNGESTDJ_J2