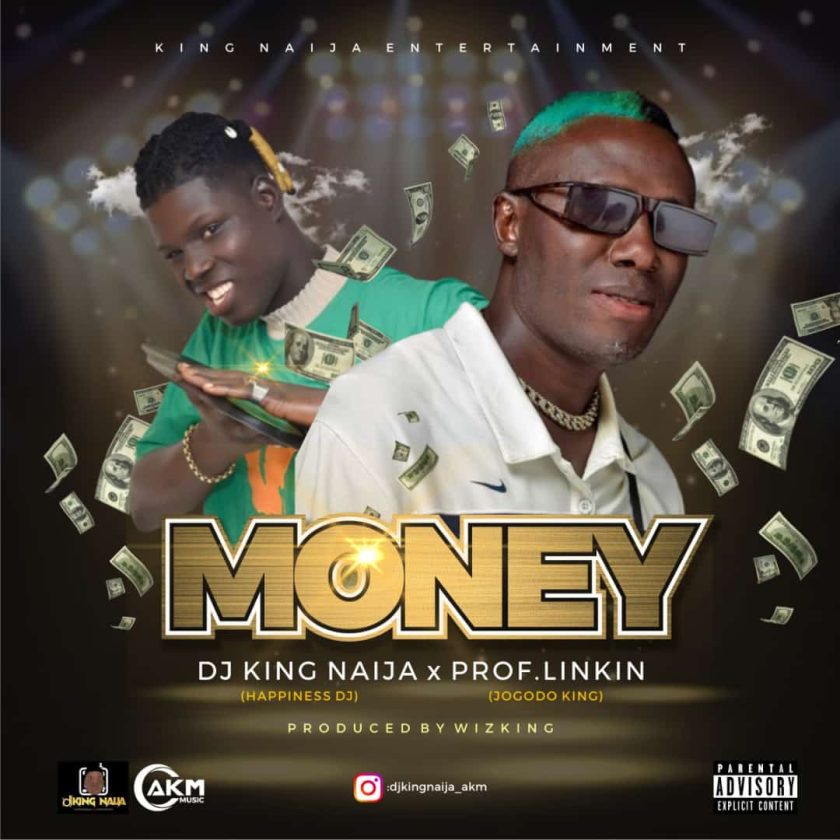 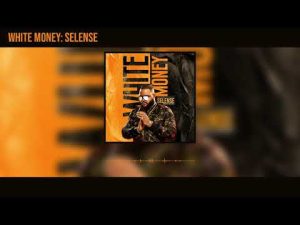 Big Brother Naija Season 6 Winner, White Money Is back with a Potential Hit single titled ”Selense” The song was produced by Masterkraft . The new single serves as a follow up to his previously heard Single titled, “Your Life”. The song “Selense” is an amazing number which is a must for your playlist. Listen […] 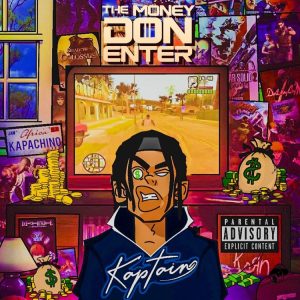 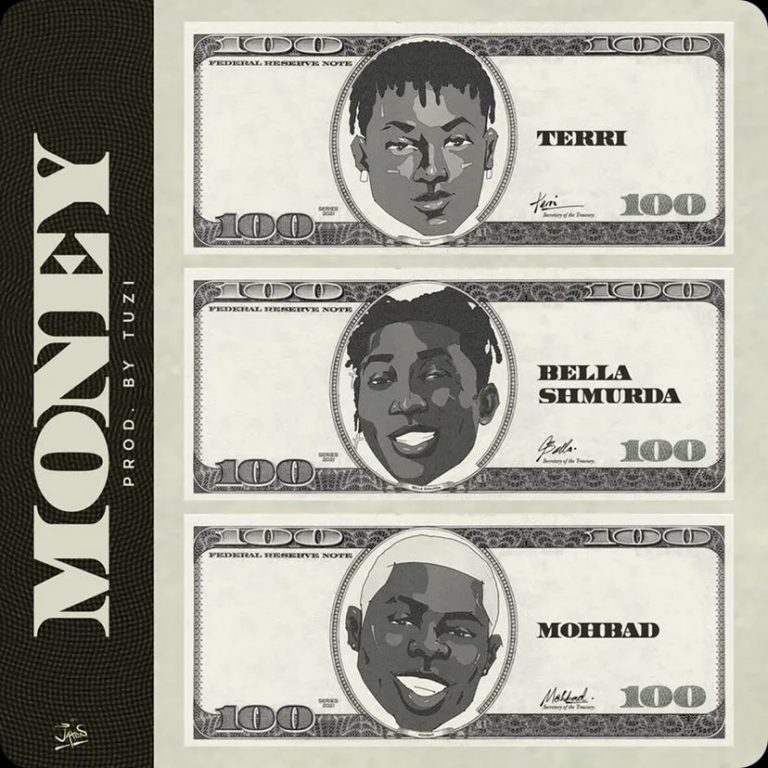 Whazzee – Because i no get money 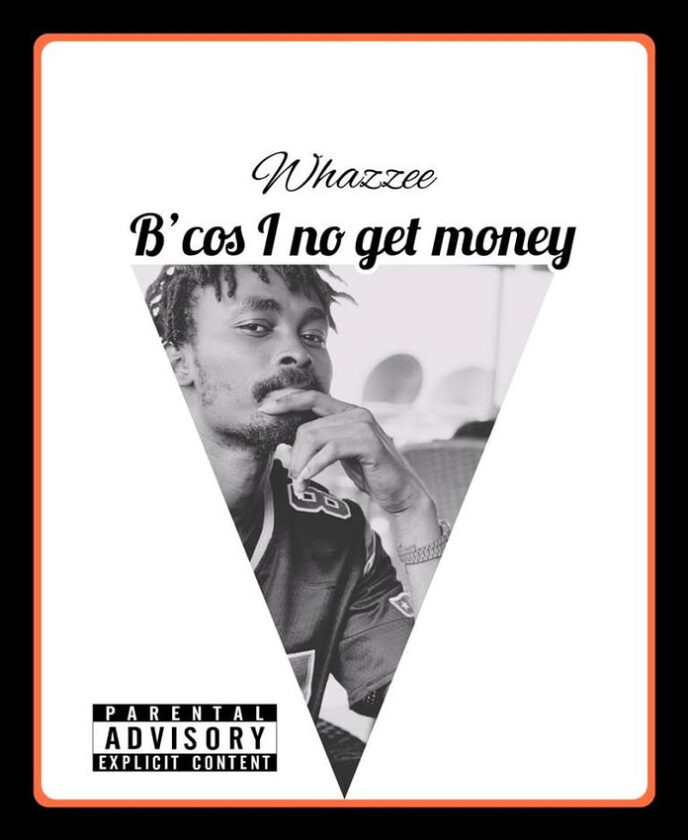 The People’s Democratic Party has asked President Muhammadu Buhari to sack Minister of Finance, Zainab Ahmed for “attempting to mislead Nigerians” over allegations of the federal government printing N50-60 billion to support states’ allocations in March.   Recall that while Zainab Ahmed denied claims of the federal government printing money for states to share,  Governor of the Central Bank […]

Join this crossdressing business, there is money in it – Bobrisky advises ‘broke’ men 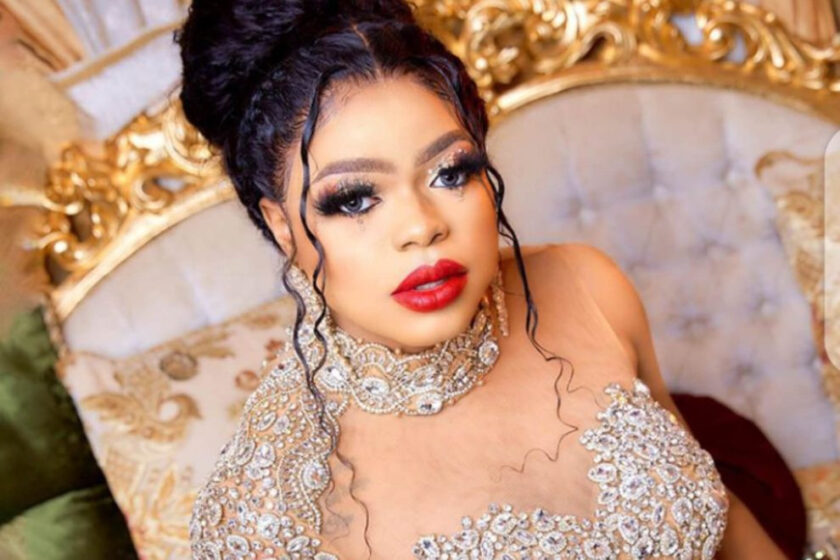 Bobrisky has advised broke men to join him and other crossdressers in the ”crossdressing business” as it is now very lucrative.   He gave the advice on his Instagram page on Frjday April 2.   See his post below The SYB super talented Lagos based  music producer DADDYPEE drops a brand new juicy single track titled “MONEY” to motivate the street to hustle more, for blessings to come . He featured his co SYB front man Nwafrika, Dr prince, Lagos igbo boy “LIB” and Mozenge on the song to give it a different flavor…. […] 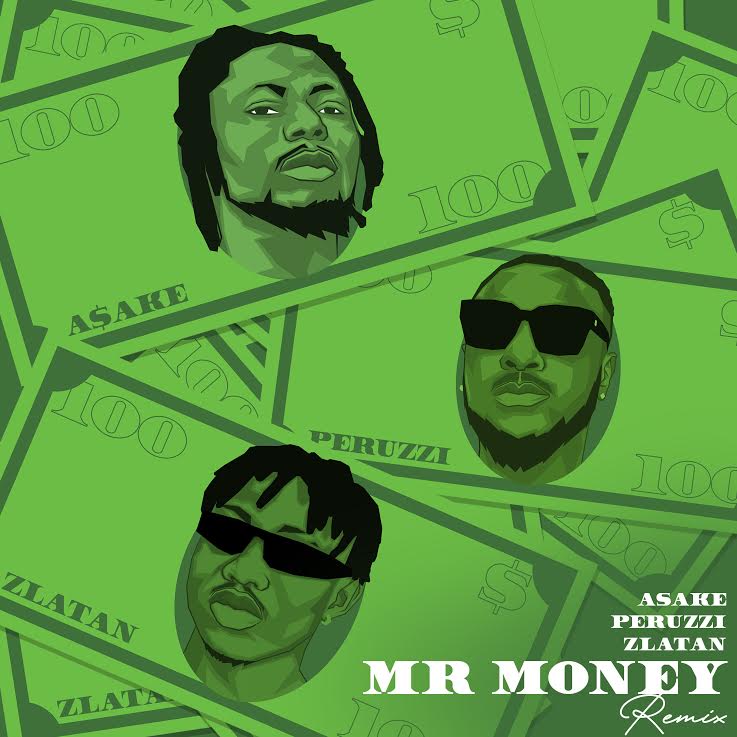 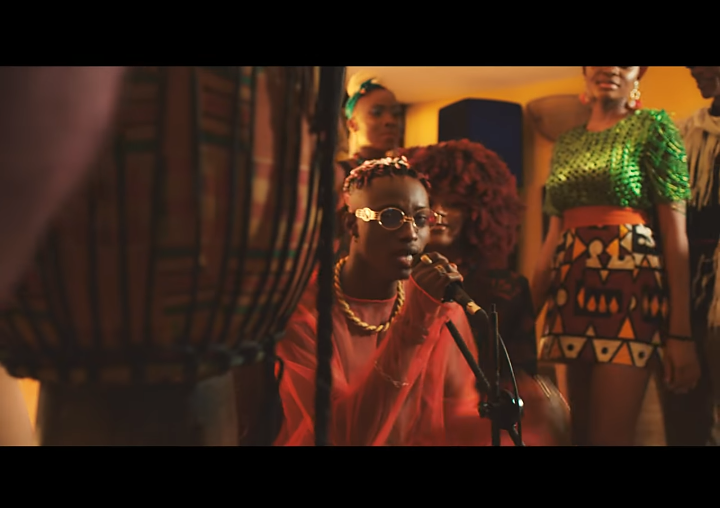 After the huge success and wider reach of the hit single “PLENTY MONEY” by Morien,   ETINS Records Presents the visual which was performed by the extremely talented fast rising act, Morien   The mid-tempo afro-fusion sound “plenty money” which is currently making waves in every nook of the country, both locally and internationally is […] 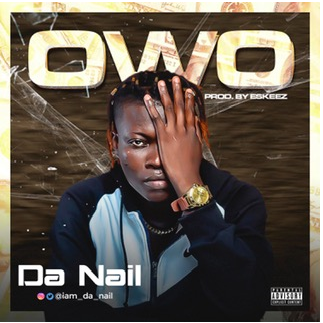 Has the year 2021 kicks off Da Nail who is known for his melodies vibe and tune set to release a wonder tune titled “OWO” (Money). He speaks more about the importance of money, how it gives one respect and power , he his putting out this new  song after the successful release of Enu […] 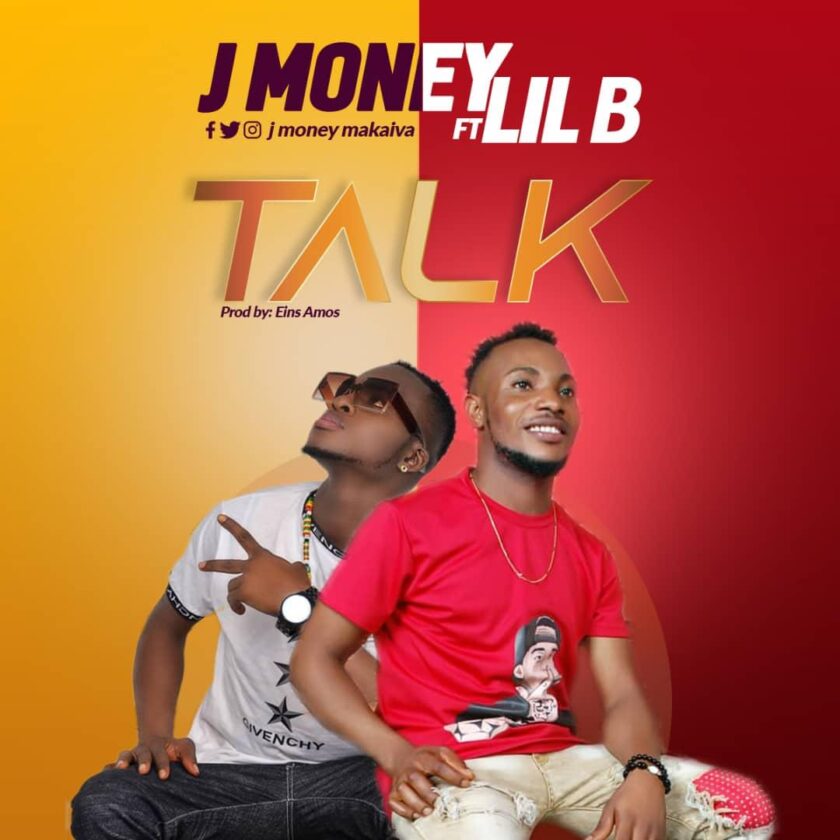 Orex hits the streets once again with his brand new single titled “Money Talk” which features Mr Gbafun. Money talk speaks about the daily struggle to get paid. It was mixed and mastered by Orex. The video was shot and directed by Toycam Vfx. You can follow him on instagram: @orexflowrider. Download, Listen & enjoy   BUY […]

The most anticipated visuals for “Asake’s” trending hit single; “Mr Money”, is finally here,  the colours, scenes, and display throughout the video perfectly interprets a “positive energy” in real life. The charts-topping anthem was produced by; Magic Sticks, video was shot and directed by; Naya Effectz.

After the Release of his previous single PRAYER Which got massive recognition around the music industry,  Friday Raphael Popularly called FD is out with a smashing new song titled FOR THE MONEY,  Trust me you will love this Produced by Ben Jossy Download and share Your Thoughts. DOWNLOAD

HouseOfVim Gang in collaboration with Uptown Energy drops a brand new single from DAN DRIZZY off his Upcoming Ep “If My Money Come” Dubbed “MONEY SPEAKING”. The single features Ghana’s best lyricist and the award winning rapper “YAA PONO” with a top notch production from ugly beat. Enjoy the tune, visuals, and sing along. […]

Money O’clock is a Hip hop and Trap banger by new artist MJ Collabo as he introduces himself to the Rap and Entertainment scene.   On this brand new record, MJ Collabo talks about money, its importance, and his artistic mastery came to play as he delivers on this amazing rap tune.   Listen, Stream and Download “Money O’clock” by the new kid on […]

The money my Daddy gave me to start a business, most of you will have to sleep with 34 men to get half of it- actress Uche Elendu hits back at IG trolls

Actress Uche Elendu joined many people to celebrate fathers on the occasion of the World Fathers day which is today June 21.   She shared the photo below of her father on her Instagram page and wrote.   ”Happy Fathers day to my Sugar rush, my no1 fan, my driving force, my britico, my first love..your simplicity, […]

Angel Henry has a release of the new sound ‘Money’. Money is said to be the 15th track in the forthcoming elevation album of 100 tracks, and track 1 of the volume 1 (Elevation I). Despite being delayed by court case charges (shorturl.at/chpsB) for murder, Angel Henry still made the sound available. Synopsis Money is a party […]

After much anticipation, London Based Nigerian Disc Jockey DJ G Money is finally out with his 3rd studio album tagged “Respect Me”. DJ G money announces his return, bringing a new revolutionary tune to afrobeats soundscape with the release of his sophoremore album, RESPECT ME. The forthcoming record is a follow-up to his 2019 LP tittled 440 […]

225 Entertainment wonderkid,  Diistill has released a new single under the management of BFDG Circle  and it’s titled “More Day More Money”. The new song gets you ready as you set out to find your daily bread. M & M by Drumphase  Produced by Majorh_Bee   DOWNLOAD MUSIC

Police officer caught on video counting money after “extorting” 40,000 from a man has been arrested (Watch video)

A police officer had no idea he was being filmed after he allegedly extorted 40,000 Naira from a man who defied the lockdown order so he could get food.   In a video going viral on Twitter, Officer Taloju Martins, the SO of Ago Police station in Lagos State, is seen counting 1,000 Naira notes that he allegedly […]

After the huge success of his EP(Confam) that was widely accepted and appreciated, The Bitcoin Records Act is here with another street jamming banger “Wash” The talented Hit-maker teams up with female DJ Celina to deliver this banging jam titled “Wash” MaxiMoney as he calls himself shows he’s one to watch out for and definitely […]

MP6ix is here on another single as he titles it “Get Money” featuring Kezy Montana and JSongz. This song is an inspirational one and its ready to burst your speakers and motivate you. MP6iz has also given us the visuals to this newly released song and this crispy video is airing on all channels. DOWNLOAD

Guess who’s Back? Its DJ G Money…that Warri boy wen no dy let LONDON Rest. UK based Disc Jockey, DJ G-Money came through with the audio and visuals to another Fire jam titled “HIGH”. After an eventful year with hit songs like “Oo Something” featuring Idowest, “Snitch” featuring Oladips in 2019, G Money drop another […]

T am enough. I am Tome. With these powerful words, you acquire more than just the meaning of the artist’s middle name (Tomi). You gain access to the essence of the artist Michelle Oluwatomi Akanbi. Born in Montreal, and of Canadian-Nigerian heritage, the artist recalls her early musical influences to be Rihanna, Beyonce and Alicia Keys […]

Samuel .M. Oladipo jokojee aka lim Jay (da ruler) is an Afro pop singer and a music lover , born on the 29th December 1990 in ijebu ode, ondo state,from the family of eight Out of he is the 6th ,started life in mushin , itire street at the age of five and later […]

Mastar Mind Records present, Classic Moss After much anticipation, talented Nigerian rapper, vocalist’s and songwriter, Classic Moss serve up his latest song titled “Pay Me My Money“. The new entry arrived after the success of his well-accepted record for “Work Hard ” alongside Boy Sean. Finally, the song was produced by Boy Sean (DaHitMaker). Follow Him @iam_classicmoss on […]

The record comes shortly after he released “Dokomiwo” few days ago. Production credit goes to his regular partner, Rhaffy. Check it out and share your thoughts below.   DOWNLOAD

Burna Boy makes a surprise return to the music scene with a new banger tagged “Money Play”. This to show he is a real baller. African Giant, Burna Boy releases a new single titled “Money Play” to bless our speakers this detty December. The new song is for the festive celebration, served for his fans & ballers. […]

Obimzy Records artiste, Junior Boy continues his good music streak with another number titled, “Money”. On the song “Money”, Junior Boy collaborates with the rave of the moment, Naira Marley who did justice as usual. However, the rising artiste has been gradually creeping into stardom with his unique songs. With his growing fanbase loving his outputs, he doesn’t seem […]

Sagnom Entertainment CEO, Sagiddy is back with his 5th single for the year 2019 titled “Is Good To Make Money” ft Sup Dee. Sagiddy is also set with his full body of work which contents ,a sixteen track  album will be dropping somewhere in December 2019, Now this new single in his own opinion is […]

Burna Boy – My Money, My Baby

Victor AD – Too Much Money

Highly talented singer and songwriter, Victor AD unveils a brand new record which he tagged “Too Much Money“. ‘Too Much Money‘ comes after the release of his highly accepted extended play ‘Red Eye‘ which was released back in August.   Production credit goes to fast rising music producer, Oshowbeats. Check it out and share your thoughts below!   […]

After the Successful release of the street anthem “MONEY”from the platform of RNG. “BRT SHADOW” proudly brought you the visual of the smash single that was produced by Doktafraze. “Money” visuals was Shot and chopped by AEfilms (kala). We must be RICH AND FAMOUS. DOWNLOAD MUSIC: BRT shadow – Money (Prod. Doktafraze)

Moet – No Money No Love

After a successful release of her last single “Naija Girls”  Nigerian-South Africa Musical artist, MOETreturns to the music scene today and drop her debut hit single titled ‘No Money No Love’. The single “No Money No Love”can be described as a feel-good JAM with a fusion of afrobeat, which she was expressing how she can’t be […]

‘Music needs money and without it, your passion will be wasted’ – Owens Leo speaks

Recently, we had a chat with the CEO of Money Making Machine Gang, Agbontan Godson Owens AKA Owens Leo where he talked about his life as a serial entrepreneur, struggles in the entertainment industry and his future plans.   Below is an excerpt from the chat:   Good day Mr. Godson. I would you like […]

The rising star ‘Baykon’ drops yet another tune for his fans and all music lovers tagged “Aje” recruiting heavyweight producer “Indomix”. ‘Aje’ is a tune that shouldn’t be left out on your playlist because its a melodious song which is extremely strong, inspiring, overwhelming.. Download and share! DOWNLOAD MP3: Baykon Ft Indomix – Aje (Money)