Skip to the content
Humble Billy came with a different sound to the street titled NEWS CASTER featuring the street King Erigga paperboi,
The song focuses on people carrying false stories about others. It has so much street Lamba and is very danceable in the club. This is a jam everyone should listen. SUDDENSMOKE produces the song,
IG – @dblack_billgate, Twitter – humblebilly3
Hit the download button, add NEWS CASTER to your playlist, and enjoy, don’t forget to share.
DOWNLOAD 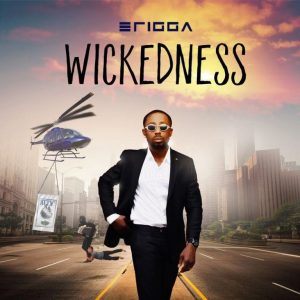 The new single serves as a follow up to his previously heard Extended Playlist titled, “Before the Chaos (EP)”.

Promising and ever reliable star, “Kellyrae” has come out with his wildly anticipated EP tagged “Success”.

The seven track EP was released recently and it contains collaborations like Graham D and paperboi Erigga. 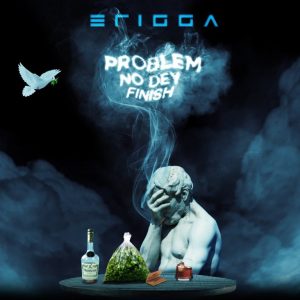 Pidgin rap sensation, Erigga shares new song today after hosting a question and answer session with his fans on Twitter yesterday using the song titled as the hashtag. The song titled “Problem No Dey Finish” was produced by No Limit.

The new song is an impressive track that will surely be worth a place on your playlist if you are a lover of this particular genre of music.

Although they are a lot more about this song that we would really love to talk about, but due to the fact that we know how urgent a listen is important at this point, we’ll let you take a listen and do the talking yourself.

Meanwhile, you can download the song below and check out the website’s homepage for other similar tracks, but don’t forget to share your thoughts and share this post because it’s very important to us. Thanks for checking out.

Henry Itoki popularly known as “Sureboy” finally unveils his long anticipated jam where he teamed up with one of the best Nigerian HipHop Artiste PaperBoi Popularly known as “Erigga” and “Solid Uston” to present a smashing single titled “Fallen”, it is a club banger, but also have several core motivational elements in its lyrics, the song “Fallen” was produced by “C Major”, mixed and mastered by “No Limit”. STREAM & BUY ON DIGITAL PLATFORMS HERE

Fresh from been named as one of the top 7 hottest upcoming acts from Delta State, versatile musician Free Home teamed up with King Of The South Erigga and O’Fresh to bless our speakers with this motivational song dubbed “Red Eye”.
The song which talks about the struggle in the street and the desre to make money for a better life is just another piece which further buttress the fact that Free Home is certainly synonymous with good vibes and the industry has just got to be ready for him.
Download and Enjoy Red Eye below
DOWNLOAD

It is no doubt that Pidgin English is one language Delta State and most especially, Warri is well known for. In the music industry, artistes like Erigga, Victor AD, Harrysong, Yung6ix are some of the big Stars who are originally from Warri Delta State. In terms of Pidgin English rap, Erigga has built a niche for himself as the very best in that line of trade. Many upcoming arts down here in Delta State see him as their idol and most of them try to sound like him.

Most recently, an upcoming art who goes by the name Snuzzy has decided to shake some tables when he went on micro blogging platform Twitter to declare his superiority by claiming he’s got more dope lines and wordplays than Erigga Paper Boi. See tweet below:

I got doper wordplays and punchlines than erigga, I am the new school

According to him, the world should watch out as he’s all but ready to claim his rightful place not just in Delta State but in Nigeria at large.

This is why our team (warritatafo) has decided to make some findings and dig out some information about this new self acclaimed Rap God who has got the guts to challenge the dreaded and renowned Rap Music King “Erigga”.

Below is our findings….

From the Oil City of Warri comes “Snuzzy” the latest hip hop sensation and hottest pidgin rap prospect in Nigeria. The self acclaimed rap god is currently making waves as lovers of hip hop music cannot help but give him listening ears anytime his records pops up. With lots of lovely tunes to his credit Snuzzy has without doubt proved wrong those who are doubting his talents as one who will take over the scene in a short while.

Born Odinakachhukwu Chika, Snuzzy is originally from Enugu State. He attended Government Technical College, Enugu and moved to Delta State for his Higher Education. Snuzzy holds a National Diploma in Electrical Engineering from Delta State Polytechnic, Oghara. He started doing music in 2011 but became serious with it when he was at Oghara. The rapper who raps mostly in Pidgin English has won many awards, most recently “Best Rapper” at the just concluded “JEAN” awards in Ughelli Delta State.

In a recent interview, Snuzzy made us to understand that his forthcoming project is something the hip hop music scene has never heard before. According to him, the EP he’s currently cooking in the studio is one that will make his fans and all hip hop lovers to be hungry for more and by so doing, he’s going to claim his throne as the next King of the South. Though he did not give us the title of the EP, our team of investigators were able to get it from the grape vine as “Glory The EP“.

You will recall the battle for the real King Of The South has been ongoing for a while between Erigga and Yung6ix. Could Snuzzy be the next contestant for the #KingOfTheSouth? Only time shall tell.

As things begin to unfold in the coming year or years, Warritatafo will be here to fill you in on the latest development from this story.

See More Photos of Snuzyy Below:

“When a man is in problem even his property self dey problem”….

cErigga releases a new tune – “Puna Vibes”, a song for you to relax and smoke with your girl or friends.

The Hip-pop/rap record produced by No Limit is a 2 minutes chill tune and as usual within 2 Seconds PaperBoi Burst everywhere.

The song was produced by No Limit.
Enjoy below