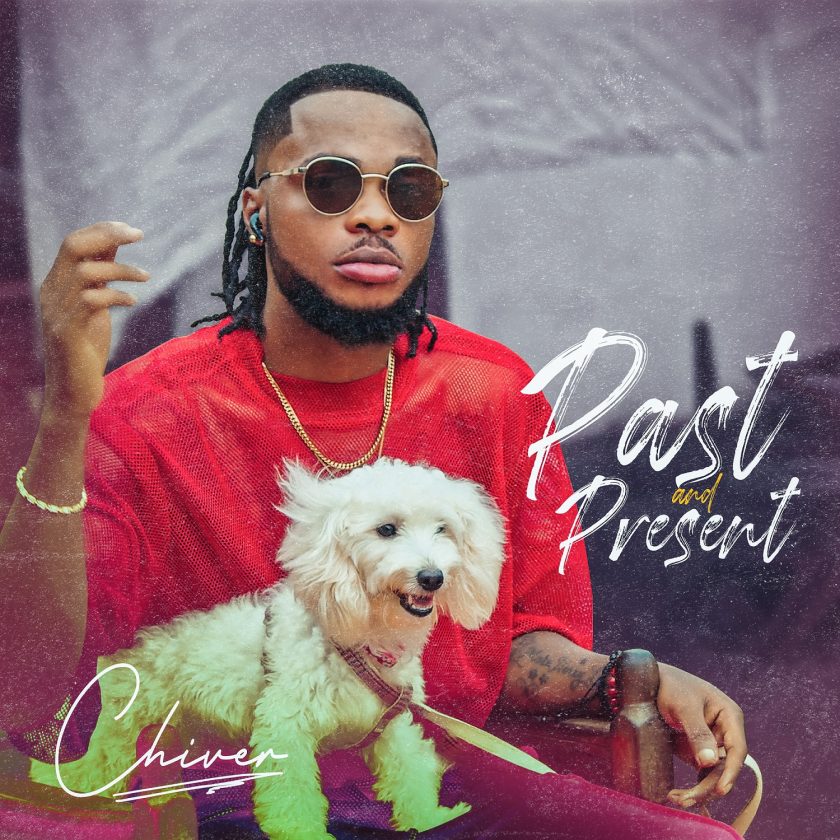 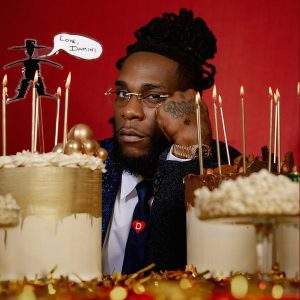 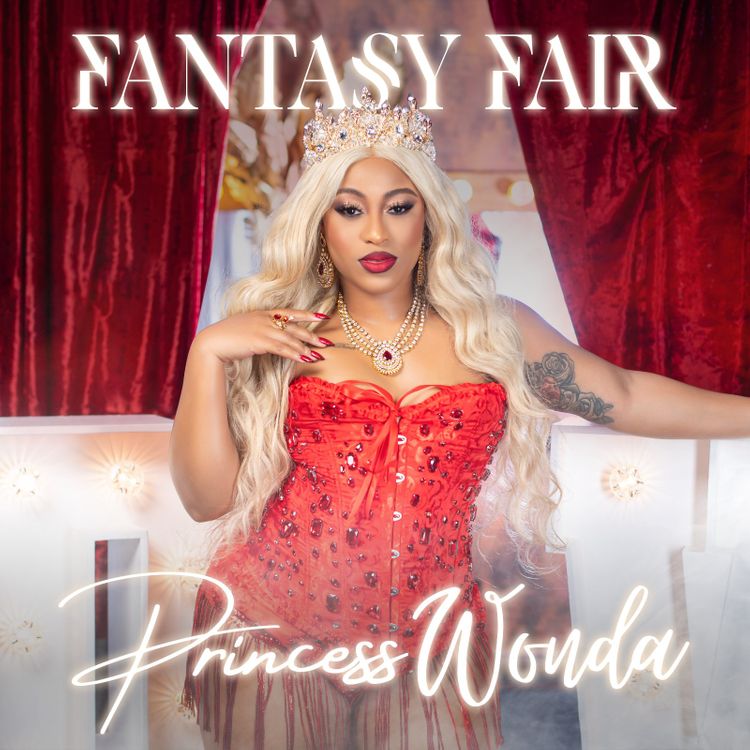 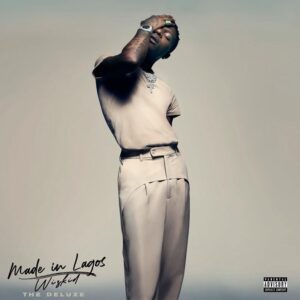 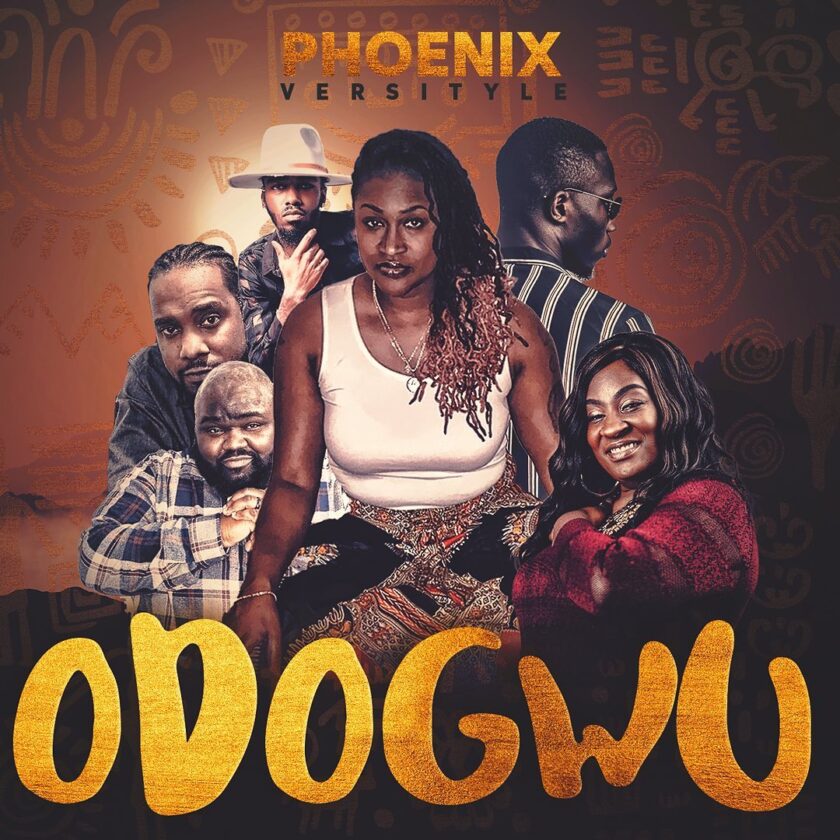 With a soulful background,a tint of jazz,the spirit of hiphop,a touch of afrobeats and a passion for music. PHOENIX VERSITYLE brings versityle flavor to the gospel music industry. Phoenix has had her share of experience in music production, vocal arranging,writing, music engineering, as well as stage performances. the energy that she brings when listening to […] 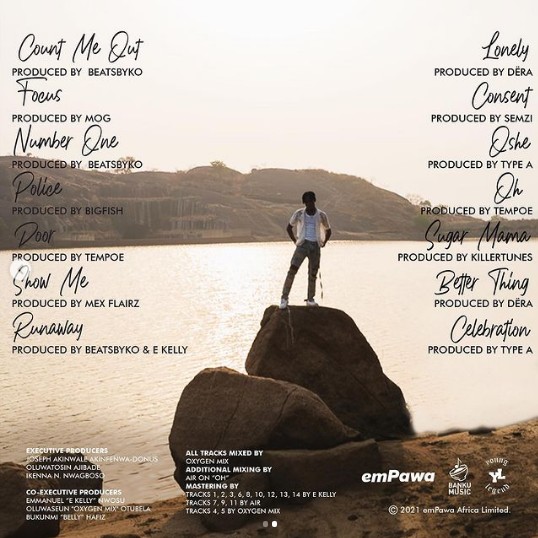 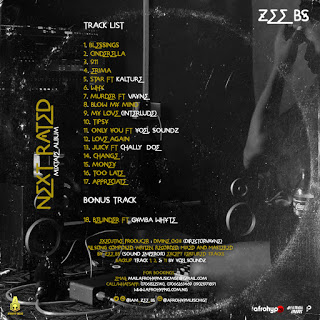 Fast-rising act, and a producer Zinas Bitrus popularly known as Zee Bs (Sound Emperor) finally drops his long anticipated mixtape album Next Rated which comprises of 18 tracks as a proper introduction to the industry, and promises to continue dishing out good content Download, stream and dnt forget to drop your comments or critics on the comment section below. 1. DOWNLOAD // […]

ALBUM: Jackson D Great – From The Streets To The Altar

Hardcore Christian Hiphop Recording artiste, Jackson D Great serves us his long awaited compiled body of work (Album) tagged “From the Streets To the Altar”. The Abuja Based emerging rapper who just recently launched this album in December (12/12/2020) is a New Artiste on the Block who is set to get us into a new Dimension and Phase […]

ALBUM: Omoniyi Oni – Worth Waiting For

Omoniyi Oni has released the much-anticipated debut album titled “Worth Waiting For”. The project, which comes on the heels of previously released sounds such as  “We Proclaim”, “Know You More” and “Emi Mimo”, is a sound with the breath of the Almighty that will cause an experience and encounter of God’s presence and love.   From the first track “Welcome Here” which speaks […]

Nigerian Talented artist, Flavour has finally dropped his most anticipated studio album titled “Flavour of Africa”. The album ‘Flavour Of Africa’ contains a total of 16 tracks with features from the likes of Phyno, Benie Man, Odumeje, Larry Gaaga, Tekno, Waga G and Others. Davido also worked with his long-time producers, Masterkraft, Selebobo and fresh […]

Ben Anansi drops his debut album titled “Badyute”, today; 27th of November, 2020.  Anansi also called “Badyute” by his fans is a singer, rapper and songwriter who knows no boundaries between styles and genres, creating a style that’s unique and personal. Elements of Reggae, Hip hop and Afrobeats can be heard in his songs which […]

Cashlord begins to align his universe on “Star Seed” his Debut Album and it has enough juice to crack the next level for him.   The body works contains 14 Tracks,written by Cashlord apart from verses from featured Artiste. Starseeds The Album is here to illuminate all of the dark  corners of life.    Stream, […]

Wizkid – Made In Lagos Album

Talented musical act, Santywa comes through with his debut studio project album titled “Deep In Life”. The project housed 22 solid tracks. This album reflects on our life and journey here on earth; the joy, the sadness, the goodtimes, the badtimes, sweetness and the bitterness that comes with life. Also, the winnings, loss, rejection, […]

YBNL and EMPIRE releases Olamide’s 10th studio album titled “CARPE DIEM”. Multi-talented music artiste, Rapper Olamide finally releases his much anticipated album – “Carpe Diem” after the successful release of two buzzing singles off the body of work; ‘Eru’ and ‘Green Light’. This new body of work/project which is a follow up to Olamide’s 9th studio album […]

Fast Rising artist freezynich is out with EKO 2 USA E.P The 6 tracks E.P features Daco and Yfnskillz freezynich is a Talented singer and Songwriter Originally from Nigeria But based in  USA  The versatile artist has been making huge waves and impact in music industry and promises to take over the music industry this EP […]

Consistency is the gateway to perfection, XtraOrdinal Ent Presents “Trips and Thrills” from the consistent, unstoppable, extraordinary, Trap, Fire DJ DjLarex_KIMI . Enjoy this Album On Trips so that you can catch the Thrills. Listen To “Dj Larex_KIMI – Trips and Thrills Mix” On Audiomack Here You can thank me Later. Follow on Social Media: Twitter: @mrxtraordinal Instagram: @djlarex_kimi   Tracklist […]

American-based Nigerian gospel music artist, Frammie has released another powerful debut album, titled “CELEBRATION”, available now to stream, purchase and download on all digital platforms. This is a 4 track gospel album, all produced by Steve Crisco Music in the US. The title celebration was born out of gratitude to God Almighty for deliverance […]

Inspired by crucial events leading to both drastic and auspicious outcomes in the name of love, the birth of this compilation. Kaptain Kush have tirelessly worked towards the construction of this tape Love and Breakup (L.A.B) so that the message will seamlessly hit home. The long termed or long awaited project was so dragged, […]

Flyboi Inc. boss, Kizz Daniel comes through with his much anticipated third studio project tagged ‘King Of Love’ which serves as a follow up for his 2018 well accepted album tagged “No Bad Songz” The new album, ‘King Of Love, is a seventeen tracks studio album got no guest appearance but it got production credits […]

After much anticipation, London Based Nigerian Disc Jockey DJ G Money is finally out with his 3rd studio album tagged “Respect Me”. DJ G money announces his return, bringing a new revolutionary tune to afrobeats soundscape with the release of his sophoremore album, RESPECT ME. The forthcoming record is a follow-up to his 2019 LP tittled 440 […]

Jaystifla‘s debut album ‘World Best‘ is an exceptional afrobeats body of work containing 8 songs with different vibes, rhythms, melodies, concepts and message. He gives us the new age afro-vibration feeling when you don’t know whether to dance or chill and sing along or to listen closely to the background instruments. Just one word best […]

Nigerian singer & songwriter, Brymo has released his highly anticipated body of work titled “Yellow“, a 3 sides album which consists of 15 tracks. Ọlawale Ọlọfọrọ, better known as Brymo is a Nigerian singer, songwriter, composer and author. He started recording music in 1999 while in secondary school. He signed a record deal with Chocolate City in 2010 but was accused of […]

Sola Solagbade, a gifted Nigerian female Gospel music minister and songwriter, offer up her 7th studio album titled “Orun Ti Si” for download on all digital stores. The Yoruba titled Album “Orun Ti Si” which translates as “Heavens Open” in English, comprises of 8 powerful songs all produced and mixed by Peter Abiola at Alpha-P Studios. While sharing the inspiration behind the […]

Nigerian Gospel Worshiper Yemi Bello rolls out with a 6 track gospel Album titled “The Light” She is celebrating the light of Christ this season as the Almighty God has declared “Let there be Light ” This is one Album that will bless you immensely. Stream below.    AUDIOMACK https://audiomack.com/album/430box/the-light

ALBUM: Zlatan – Zanku, The awaited/highly anticipated project is here. Zlatan finally ushers in his first studio album titled “Zanku“, which consist of 17-tracks and the project was released under Alleluyah Boyz Entertainment. The Word ZANKU means (Zlatan Abeg No Kill Us) The new body of work from Zlatan features the presences and performance from top-notch artists such as; Davido, Tiwa Savage, Burna […]

Africa’s most-followed musician and king of Afrobeats – Davido shut down the music scene yesterday with the release of a brand new single “Risky” featuring Popcaan. The hot music single is a follow-up to his Chris Brown-assisted international banger, “Blow My Mind”. Already, we can confirm that both ‘Blow My Mind’ and ‘Risky’ will be […]

Afro Dancehall and Reggae sensation Ketchup is set to release his Debut Studio Album titled “Skilahmatic” on the 25th of October, 2019. The 17 track album is set to set the Afro Dancehall scene ablaze.     SKILAHMATIC is an album that will explore the various multifaceted talent of Ketchup and will establish the Afro […]

For Afro fusion artiste, Davido, its been a long walk to delivering his sophomore studio album seven years after the release of his debut album: “O.B.O: The Genesis”. According to the singer, the social media age has greatly reduced the shelf life of songs. This is why he stuck to releasing his music, singles after singles. […]

Prince Gershom Amos Iyimogah popularly knows as “Odudu” born in the mid 90’s. In Olegokpa Olegokpa village Nasarawa state.. He is from the family of late Chief Amos Abari the king of Olegokpa. He grew up in Benue State under Apa local government area. “Odudu” debuts with an 11 track highly inspirational album titled “Thank […]

‘Red Eye‘ the EP is a true story, it tells the truth about the scars Victor AD has sustained and the struggles he has been through. “I might appear ugly on the outside but trust me i am very pretty within“, ‘Red Eye‘ the EP tells a story of Victor AD, an imperfect young man who has made […]

Burna Boy is all set to let loose his next album, African Giant this Friday. The album is a follow up to his 2018 album Outside which actually was his break out project. The new Burna Boy album features already released songs, Dangote, Anybody, Gbona, On The Low, Killin Dem and Pull Up. The album […]

Brilliant and dexterous music producer; Bode Afolabi, releases his sophomore hymnal album tagged “Adura – Hymns of Prayer”. The “Hymnal Project”; launched in 2013 with the debut tagged “Best of Yoruba Classical Hymns: Igbagbo”; comes intending to provide Hymn lovers with a collection of powerful hymns. Hymns remains a potent form of worship, it is […]

“Minister Egwolo Okore” is a teacher of God’s word, a song writer, a music minister and a man given to mentor-ship and raising the next generation of gospel music ministers. He is the CEO of strictly gospel studios worldwide, He comes from the Niger Delta region of Nigeria Isoko by tribe and has written many […]

EP: Stoute Louis x Daboomsha – Peace God (The Album)  | @daboomsha @louisalimi @rapmaniax   Press Release: Following the release of their critically acclaimed single Babel, Stoute Louis and Da Boomsha present to you, The Peace God EP. With stellar production by Earl Hickey, both wordsmiths take you on a journey that promises to engage the mind of the discerning […]

Smash9ja Promotions Presents Brand New ALbum From LHD, 1 Week After Dropping His Previous Album. This is a point were LHD (Lyrical_hd) believes he’s too 2Legit because he dropped an EP Last Sept 2018, and a week ago he a released an album titled “Believe Me Later” and now he’s back with a brand new album tittle “2Legit“. In […]

The most aticipting album for 2019 BUY EMOJI FULL ALBUM