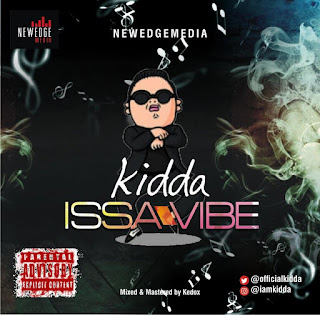 Rap Diva Kidda who has been in the news owing to the success of her hit single Rock Eh, due to the cravings if her fans, she teamed up with the Apala Crooner; Terry Apala and the South South Rap Lord – Bryte, to create a monster jam titled IGBORO.
She recently had the listening party of the song Igboro which had lots of Celeb artistes such as TERRY Apala, Tony Tetulla,  and Street Billionaires to mention a few in attendance.
Right now, Kidda has a new club Banger titled ISSA VIBE. Issa Vibe is a melodious tune that will get you up on your feet grinding.
She is a veritable energizer bunny on stage, and she always gives electrifying, Kidda is set to storm the industry with full force.
Download,Listen and Share Your Thought