Ruggedmans Rugged Premier League which is a fifa playstation competition brand is fast gaining prominence.
Especially with the news that it will be going round 9 cities in Nigeria spreading like wildfire.

The Celebrity RPL Challenge is the fun side of Ruggedmans fifa tournament.
The first took place in April with the likes of 9ice, Daniel K Daniel,OD Woods, Blossom Chukwu and more playing.
Then it was off to Calabar for the kick of the tournaments season 2.

The May edition took place inside Hiptv studios and saw RPL all stars play against Hiptv all stars.
RPL all stars were made of Ruggedman, Praiz, Teddy A, Melvin Oduah, Des Talker and Gbagaun Muncher. While Zoro and Rico Swavey played for Hiptv all stars.
Hiptv all stars were victorious as Praiz lost to Zoro and  Teddy A  lost to Rico.Melvin, Des Talker and Gbagaun Muncher all lost their matches too.Only Ruggedman won his match. I guess they are happy it was not a tournament.
Manutdinpidgin supported this edition alongside Belaire who supplied drinks as part of their support. Mr Hitesh of Belaire was seen mingling with the celebs.
We hear Benin is the next state the tournament is to take place with Teddy A and Rico Swavey already set for the after party in Benin City. So Benin gamers are you ready?
For more info on this and subsequent Rugged Premier League events contact
+234 8134 425 662
+234 8025 743 663
Email: Ruggedpremierleague1@gmail.com
www.ruggedpremierleague.com
MORE PICTURES AFTER THE CUT!!! 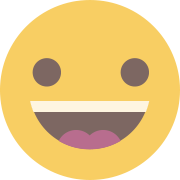 Sign up today for free and be the first to get notified of new updates.