The Nigerian Defence Headquarters has disclosed that two soldiers were killed in an ambush lauched against troops by Boko Haram insurgents on Sunday May 17.

The Coordinator of Defence Media Operations, John Enenche said three members of the terrorist group were also killed in the ambush which occurred when troops of Combat Team 1, Operation Kantana Jimlan were on patrol along Buni Yadi – Buni Gari axis of Yobe State.

Eneche said soldiers encountered multiple Improvised Explosive Devices (IEDs) and a Boko Haram ambush which occurred eight kilometres ahead of Buni-Gari in Gujba Local Government Area of Yobe. He further revealed that three soldiers sustained injuries as a result of the IED explosion.

“Three terrorists were neutralised, while unconfirmed number escaped with various degrees of injury.”

This is coming hours after some alleged soldiers were spotted cursing the Chief of Army Staff (COAS) Tukur Buratai in an undated video. In the video which went viral after being shared online, a “soldier” who alongside others suffered an ambush, showed off an MRAP which was burning in the background.

This is the consequence of choosing emotions over reasons. Buhari your Mai Gaskiya no send una. 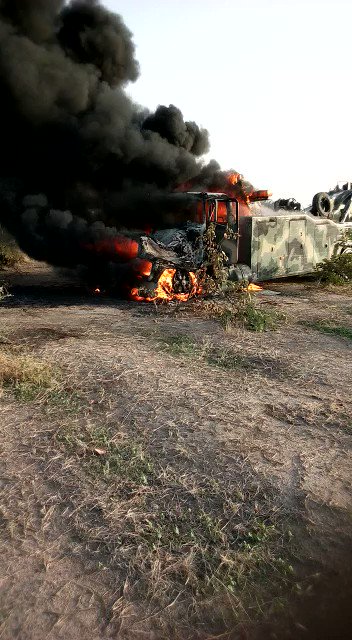 278 people are talking about this

Our soldiers are crying. 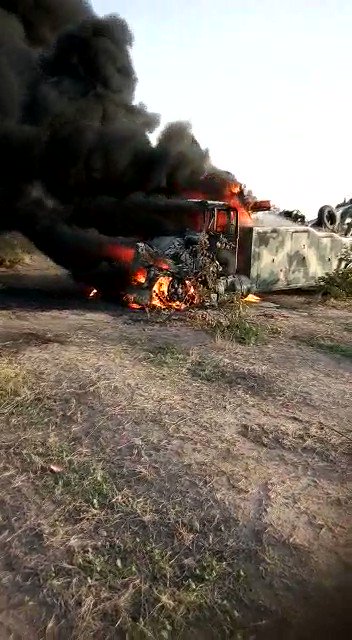 407 people are talking about this

HELP RETWEET THIS UNTIL IT GETS TO MR PRESIDENT @MBuhari
The Nigerian Soldiers Weeping. You’ll know what they’ve passes through before resulting to tears. Crying “Buhari, Buratai E No Go Better For Una”@akunnachux @Amaka_Ekwo @MrFixNigeria 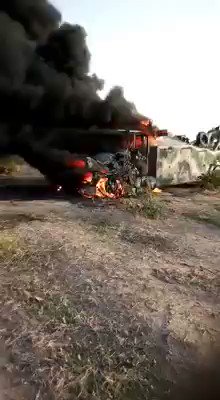