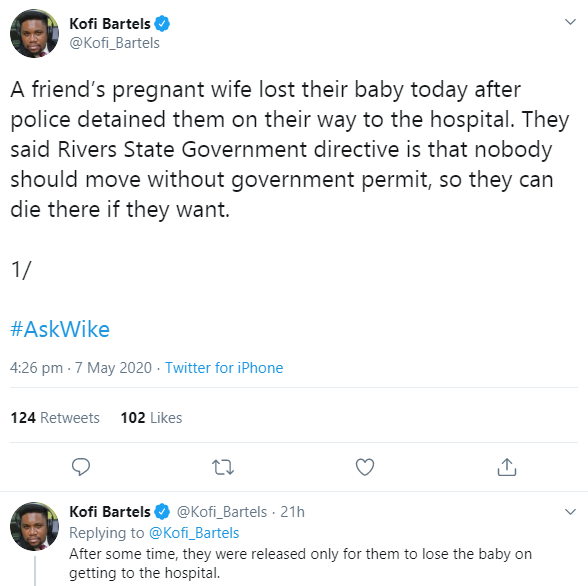 Media personality, Kofi Bartels said his friend and the friend’s wife lost their baby after Rivers State police detained them when they were on their way to the hospital to have the child.

The police officers were operating based on Governor Nyesom Wike’s lockdown order that restricts movement except the person has an exemption letter or movement permit from the government.

Because the couple did not have the exemption letter, they were detained for a while. When they were eventually released, it was too late. By the time they got to the hospital, they had lost the baby, Kofi Bartels claims.

The journalist blames the tragedy on loopholes in Gov. Wike’s lockdown directives.

See his tweets below. 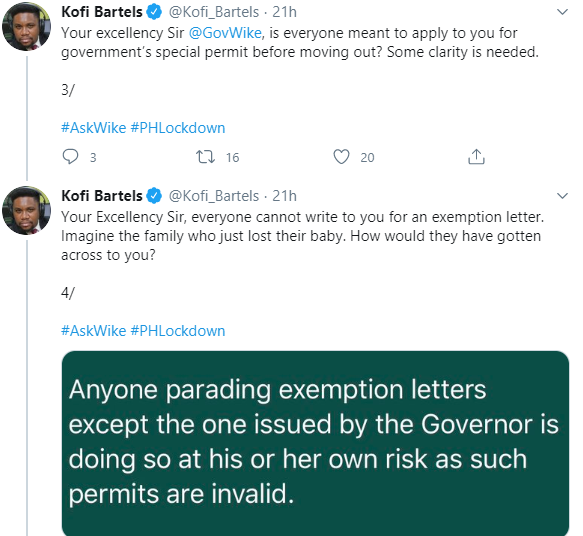 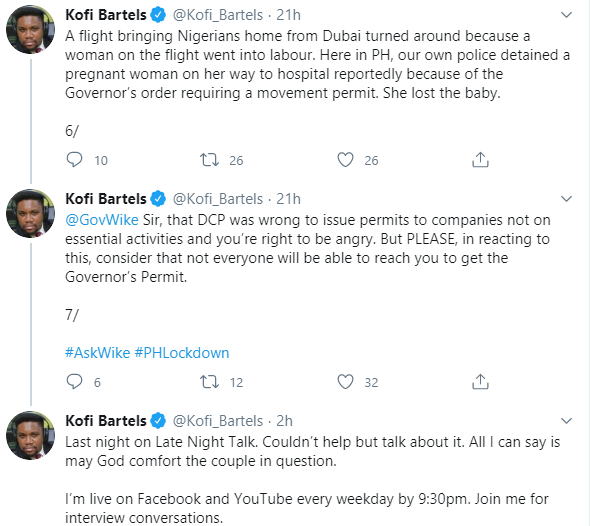