A Nigerian man has caused a stir online after he filmed his girlfriend crying as she begged him for forgiveness because she was caught cheating.

According to the intel gathered, the lady slept with her boyfriend’s best friend and girlfriend who were squatting with him in his home.

In the video, the man forced the lady to look at the camera as she recounted the cheating incident and begged him for forgiveness.

Social media users however, lashed out at the lady for allowing the man subject her to such humiliation. 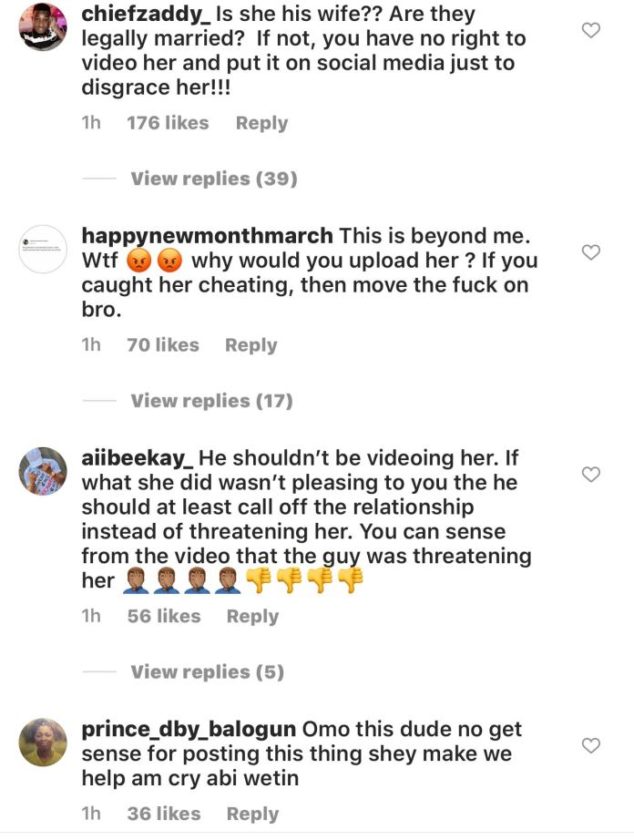 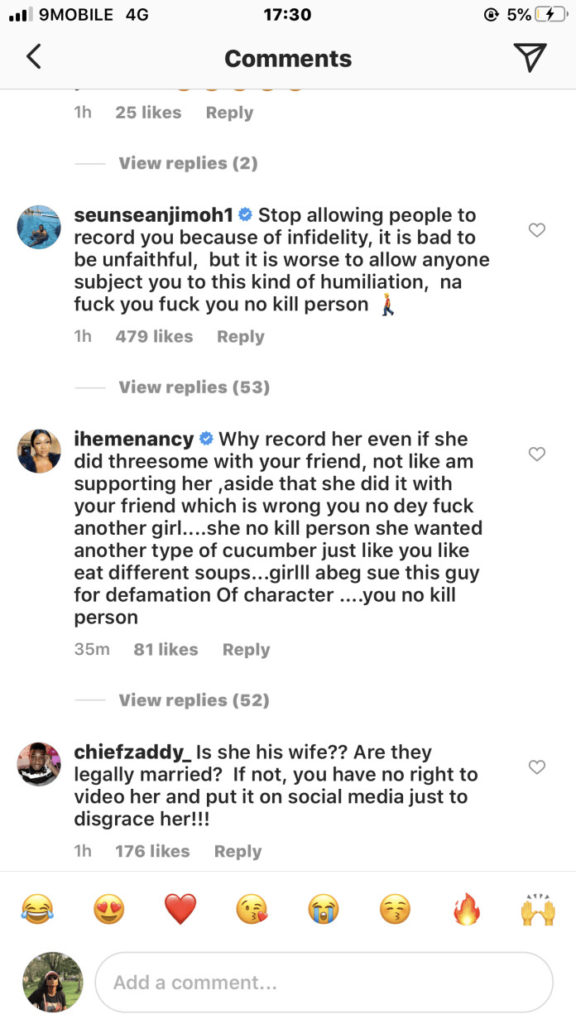