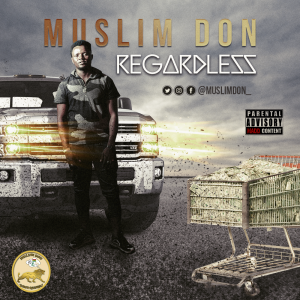 *Young Ghanaian musical entertainer and Businessman Muslim Don  has announced that he will be releasing the first Mixtapes off his upcoming Music’s.*
Muslim Don, Ghanaian versatile Rapper, Songwriter and Businessman known by Muslim Don set to release  his first Mixtapes of his up coming music which consists 6 of his own songs.
Nima base Artist Muslim Don is one of fast raising star and came out with a lot of single tracks which set to release his upcoming Mixtapes called ‘N.I.M.A (Niggaz in money always)’
Muslim Don he is Artist of his own record label called Yamin records.Many people called him the voice of Nima  because he is using his music to tells Nima and Ghanaian youths how hard the country is and especially Nima..
In an interview with Ghanafoxmusic.com, Muslim Don told us how NIMA is important to the most youth in the country.
“I come from the worst place you could ever imagine every landmark looks ugly the Gutter Road, the Borla Street and Gorrllas Public Toilet.This is a voice of a young negro who is awake and trying to wake every one else born and raised to hustle but we going to get it Regardless.
“Living in Nima make me feel like a slave who was slaves by his whole mate I lost my whole fate told my self I was going to be great please brothers and sisters we will find a way.”
”Nima  is one of the most impoverished areas in Accra, Ghana. Even though Nima routinely suffers from inadequate provisions of basic facilities, housing, water pipes, electricity, and drainage systems, the community continues to grow. Large number of migrant workers from rural Ghana & neighbouring countries find their way into Nima and make it their home. The beauty about Nima is visible and appreciated in the cultural & religious diversity of the community. Nima is a prime example that people of numerous nationalities can actually co-exist in peace. ”
“And he aded, I am the speaker of Parliament of the area of Youth With No Voice Today I just have a lot to say to you with no choice ?”
The Nima base Artist whose song received rave reviews and massive airplay, leading to the recognition and affirmation of Muslim Don a talent on the rise.
DOWNLOAD