The Lagos state police command today paraded a primary school dropout, Abdulrahman Mohammed, who has practiced as a medical doctor for four years in the state.

Parading the suspect before newsmen, the state police commissioner, CP Edgal Imohimi, said Mohammed operated a clinic at Idi-Araba area in Mushin, where he administered intravenous injections to patients and also collected blood and urine samples for diagnosis.

“Detectives from the Area D Command, Mushin, arrested one Abdulrahman Mohammed, a native of Ran Village in Gamboru Ngala local government area of Borno State for operating as a medical doctor at 3, Bamishile Street, Idi -Araba, whereas his education stopped at primary school level. Further investigation into the activities of Abdulrahman Mohammed, who has been impersonating as a medical doctor for the past four years revealed that he had been administrating intravenous injections, conducting medical test on his patients and taking urine and blood samples from his patients. He is cooperating with the police and we are working with him to ensure all unregistered drug stores are clamped down.” he said

However, Mohammed has denied practising as a medical doctor. According to him, he only operates a chemist where he sells drugs to people living in his area.

“I was a hawker. I was hawking drugs before I decided to open a pharmacy. I did not finish my primary school and I was not taught to sell the drugs. My pharmacy was not licensed. I do not treat people. I do not collect blood or urine samples. I only sell the kits and people come to buy it. For the thermometer, people used to come and check their temperature and other things by themselves. If someone comes and complained of headache and fever, I give them Panadol or Boscopan and blood tonic.” he said 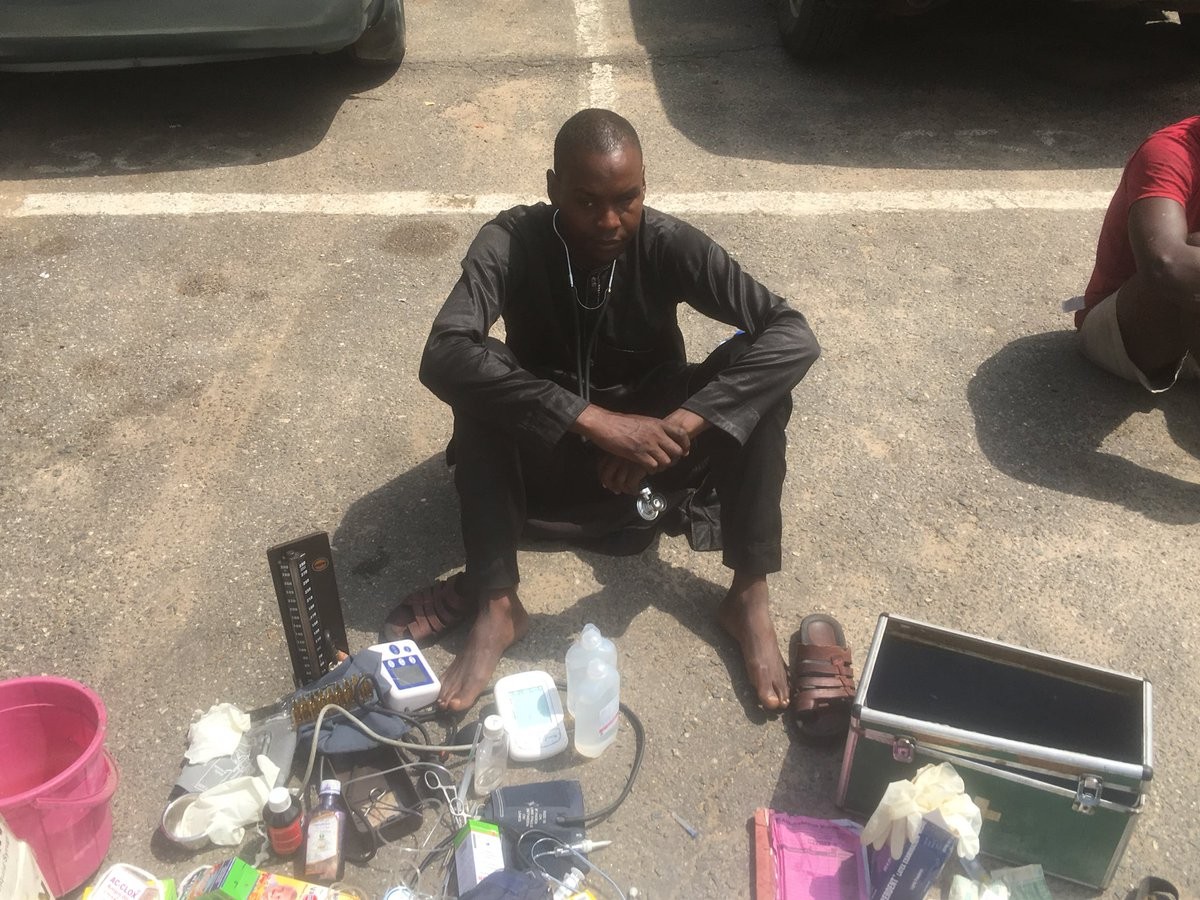