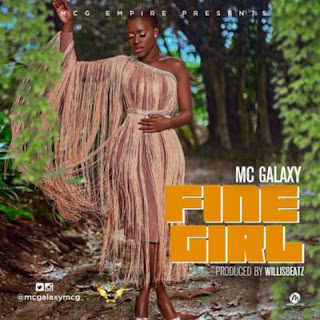 It’s finally here! The most anticipated song of the year! If you are on social media and not under a rock, you must have seen posts everywhere about Mc Galaxy’s new song ‘Fine Girl”
This new song shows the MCG boss, MC Galaxy in a new light depicting that he is such a lover boy as he advances his love interest with some pleasing words. The build up to the release of “Fine Girl” was highly publicized on social networking site, instagram.
This melodious tune was produced by Willisbeatz and guitars by Fiokee. Listen and share!
DOWNLOAD