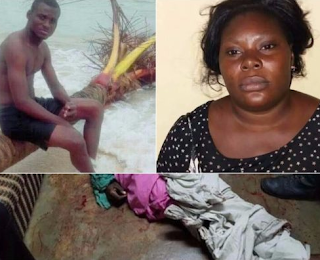 A woman has been arrested for allegedly killing her husband while he was fast asleep following an accusation of infidelity. The woman was said to have stabbed her husband to death in his sleep for having a baby with another woman.
According to reports, the incident reportedly happened in Gabon. The deceased who is reported to be a sergeant in the Gabonese army died immediately after the knife attack by his jealous wife in their room. He wasn’t even taken to the hospital.
During interrogation, the woman allegedly confessed that she killed him for cheating on her and having a baby behind her back. Taking advantage that he was asleep on Wednesday night, the scorned woman inflicted several stab wounds on the man which led to his death.
Ibe Caleb shared photos of the incident on Facebook and wrote;

Now she will spend the rest of her life in a military prison without a child of her own. The man though dead, has a child to carry on his name. Stupid actions degat dare consequences  You would have asked yourself what is really important and then have the courage to build your life around your answer instead of killing him  there are better ways of getting back to people than killing them…now you’ll cool off in prison.
That wasn’t the best thing to do but y will a married man keep a secret child in the first place.. If he had the child before the wedlock what prevented him from telling his wife .if he had it after wedlock then he brought the stabbing upon himself 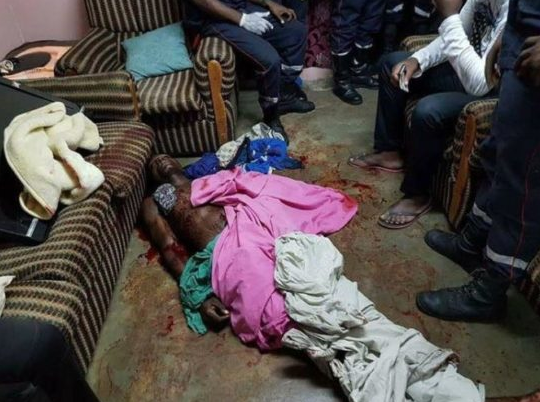 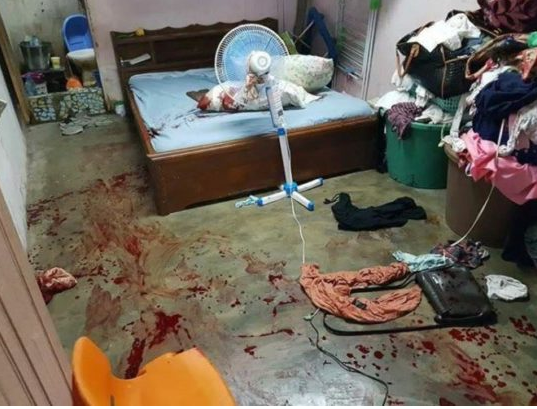