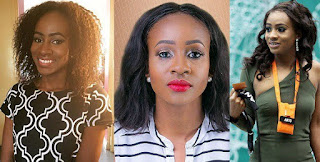 Alex, Anto, Bam Bam, Cee-C, Teddy A, Miracle, Lolu, Teddy-A, Tobi were the housemates put up for eviction this week and after voting from their fans, ANTO has eventually been evicted from the Big Brother house.

ANTO had the least number of votes from fans, leading to her eviction from the Big Brother house – the Live show’s host, Ebuka Uchendu announced ANTO’s eviction after putting the rest of the housemate who were up for eviction in suspense.
Meanwhile, Big Brother Naija: See Gobbe housemate, Somadina Anyama better known simply as Soma, has shared that he believes the current set of housemates do not match up to the standards set by him and his fellow housemates from the penultimate season.
In a chat with Hip TV, Soma made sure to commend the current housemates – saying they’re entertaining and all – but then, went on to state that there is an obvious contrast and anyone who followed the show from last year can tell.

He further went on to reveal what he’s been up to since the big brother house – according to him, he has major plans for 2018 as he’s part of the cast of the sixth season of MTV Base series, Shuga, he revealed he just signed up with an international modelling agency, he’s about to release a new single…
Watch him speak below: