Famous American R&B signer Akon was on the verge of signing Ebony to his Konvict Music group in a massive deal worth more $1m before she died last week, Ghanaguardian.com can exclusively reveal.

According to Bullet, manager of the dancehall songstress, talks were far advanced with Akon for them to seal the massive deal before she got involved in the motor accident that took her life.

Akon, the Senegalese born American singer, who has been heavily involved in the African music market has already signed P-Square, Tuface, and Wizkid to his label.

He was keen on signing Ebony to be his first Ghanaian female artiste and catapult her to global prominence with his influence in the big time industry.

The revelation comes after CEO of Zylofon Media, Nana Appiah Mensah, claimed that he had reached an agreement for Ebony to join his music label.

But her current manager Bullet says they had bigger plans of taking her to the next level with the deal with Akon.

The ‘Kupe’ hitmaker would have joined some of the big names in the music industry in the world, giving her tyhe chance to explode globally.

Other than Akon, popular artists such as T-Pain, A-Wax, Kat DeLuna, American Yard and French Montana Jonn Hart Verse Simmonds have signed in the past or are still present on the label.

At the beginning of most Konvict Muzik artists’ songs there is the sound of the clank of a jail cell, followed by Akon uttering “Konvict”.

Akon started his own label after the success of his debut album. Akon has signed a deal with Columbia Records and Epic Records for new artists signed to Konvict.

Akon has signed Nigerian artistes: P-Square, Tuface, and Wizkid as representatives of his record label Konvict Muzik in Africa.

He revealed this in December 2011 in Lagos at the unveiling of Cintron energy drink, which took place in footballer Jay Jay Okocha’s club Number 10. 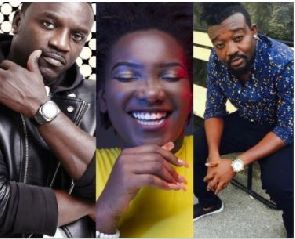