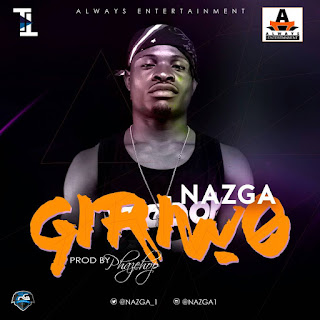 Always Entertainment sensational artist Solomon Emmanuel is back with a banger called Giriwo
After the successful release of Gbawon lohun.
Nazga, a highly controversial hiphop artist has been seen as a threat in the music industry due to his style of music. His fluency and rap impeccability have been making raves and some have argued that he might emerge as the new rap king.
Produced by Phazehop
You can follow him on IG @nazga1 and Twitter @nazga_1
DOWNLOAD