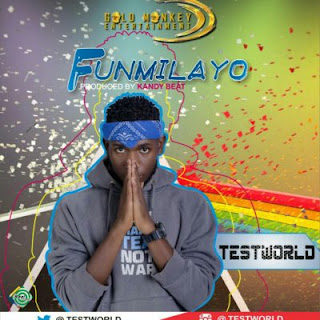 Testworld, whose real name is Adepoju Taiwo John comes with his first ever official single titled Funmilayo. The Gold Monkey Entertainment C.E.O decided to storm the industry with trap.
The Nigerian born musician put his heart into the single and the lyrics are just off the hook trust me.
As many of you may think it is a love song, however, the depth of Testworld’s creativity and ability to write a song like this, which is also perfectly delivered in his tribal language describes a lot why he is different.
DOWNLOAD