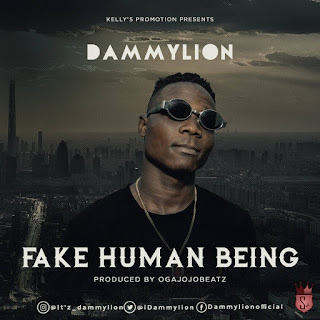 DAMILOLA popularly known by his stage name, DAMMYLION, is a NIGERIAN Rapper, Afro-pop singer, songwriter, performer and entertainer signed under KELLY’S PROMOTION ENTERTAINMENT. He is a talented artist whose music career began over the years performing in church choirs, choral groups and musical bands.
He is a very versatile vocalist with the natural ability to adjust is own style to suit different music. His songs are always rooted in a soothing feel of refreshing melodies. Here is the new released official single produced by Ogajojo titled FAKE HUMAN BEING
DOWNLOAD