Nigerians on Twitter are currently reacting after a Nigerian man who hailed President Buhari a few days ago and vowed to support him till 2023, turned around, calling for his immediate resignation.

Usman Rabiu with the handle @iam_UsmanRabiu on December 8 tweeted his love for the Buhari administration as he threw jabs at Nigerians who he described as ”Wailers”. 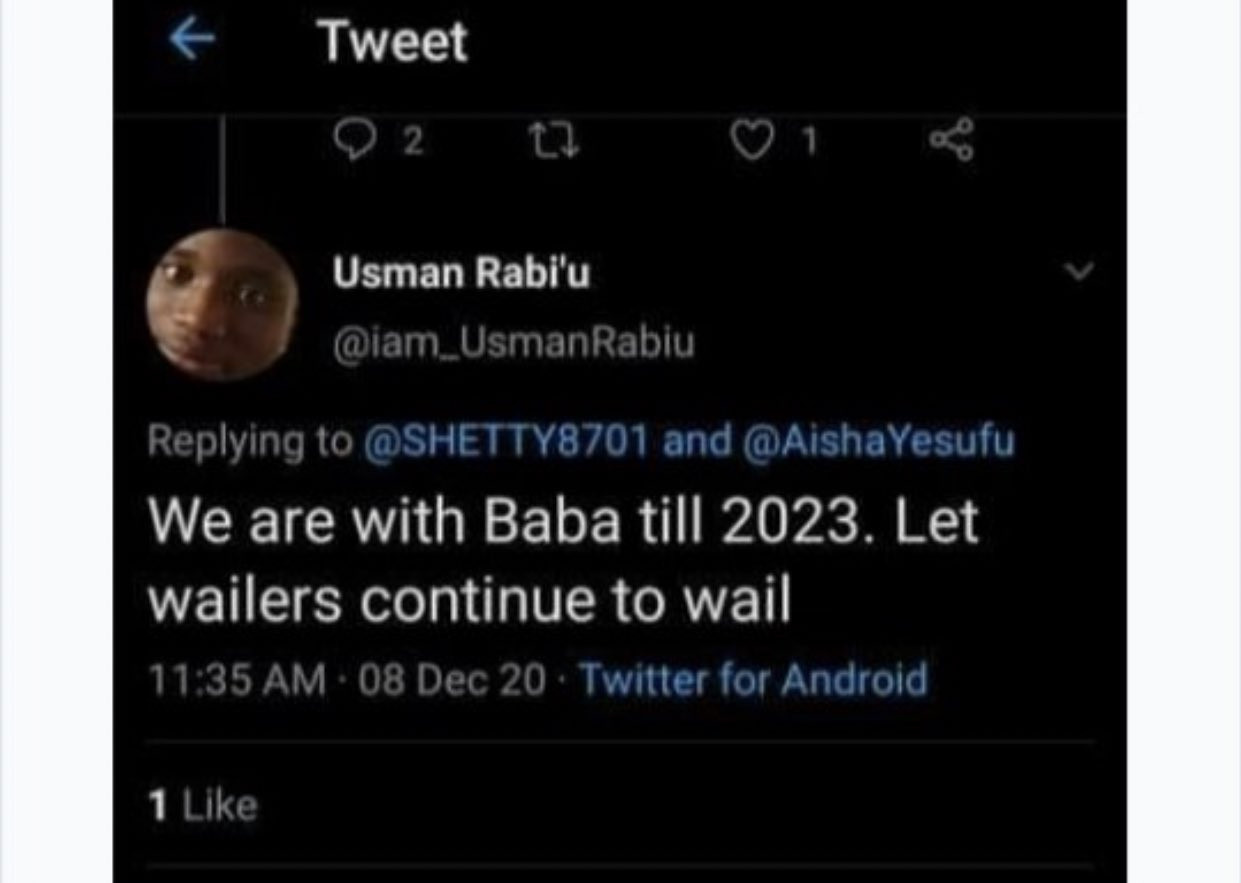 Sadly, on Saturday, December 12, his two brothers were among the students who were kidnapped by bandits that attacked the Government Science Secondary School in Kankara LGA in Katsina state. He disclosed this on Twitter. 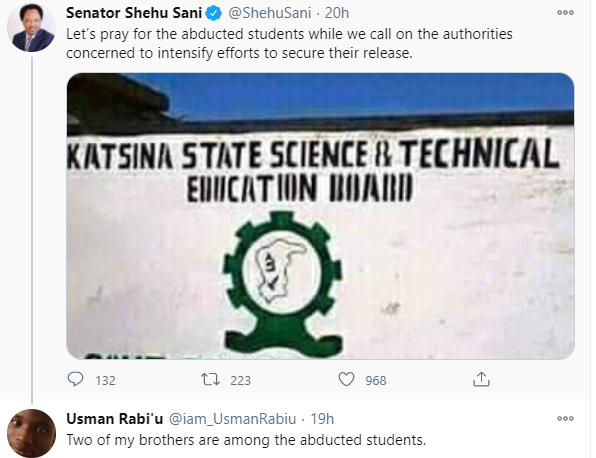 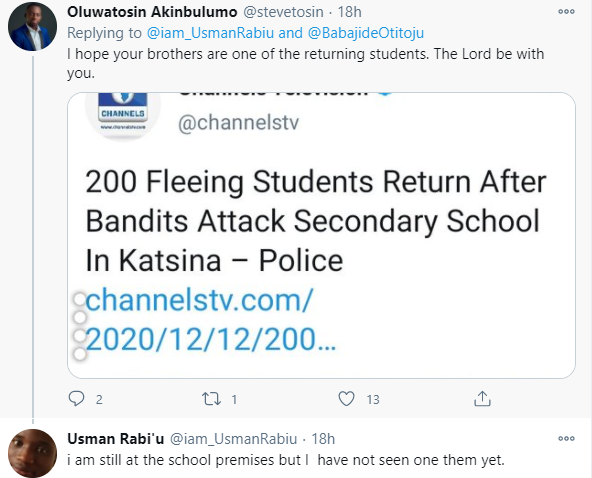 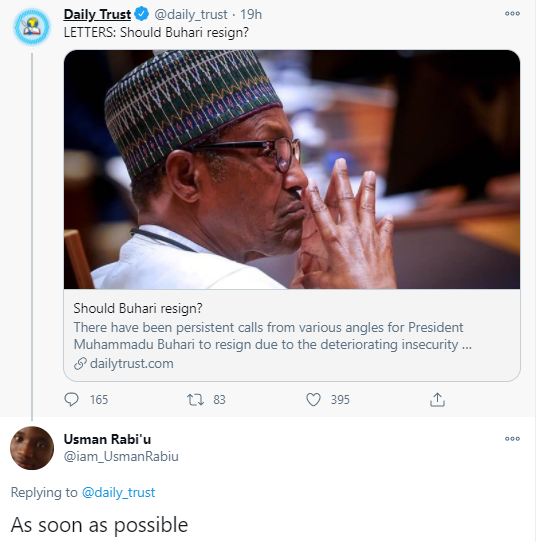 Rabiu also dismissed Presidential aide, Bashir Ahmad’s claim that the Inspector General of Police has deployed officers to assist in the rescue of the boys. 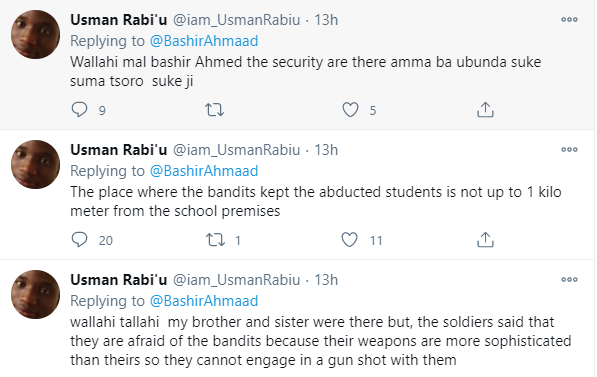 See reactions from Nigerians to his tweets and reactions to his brothers’ abduction below. 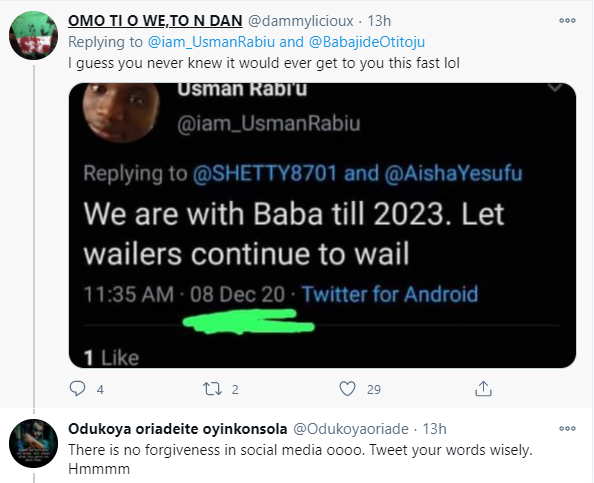 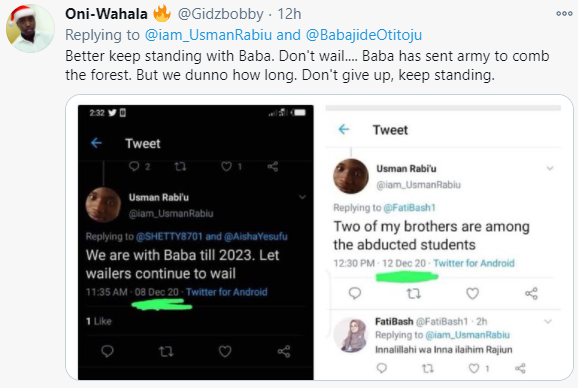 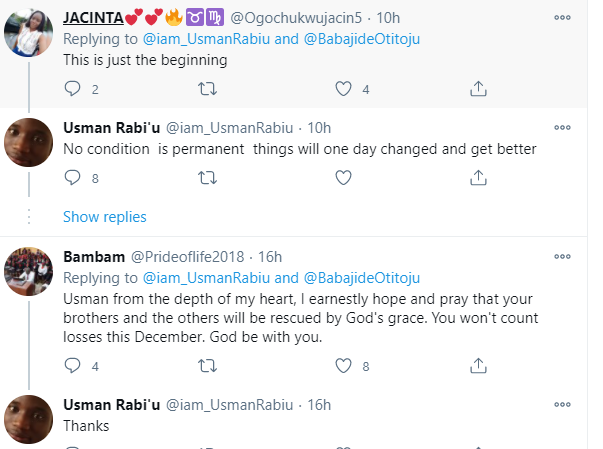 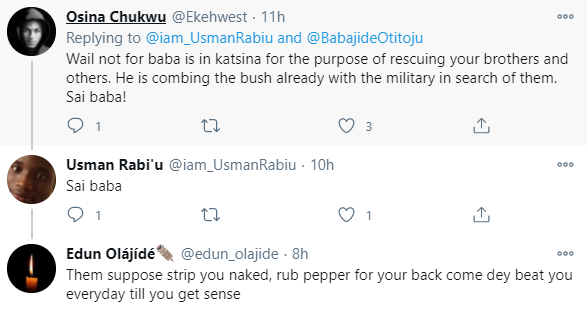