Tracy Howell, who has been married for 40 years, has come out to explain why she has been taking a bite off her husband’s lunch before he heads off to work with it.

Writing about it on Facebook, Tracy, from Texas, revealed she has been doing it for the last forty years and explained her reason.

According to her, the little daily ritual is to symbolise having lunch with him even when she’s not there. 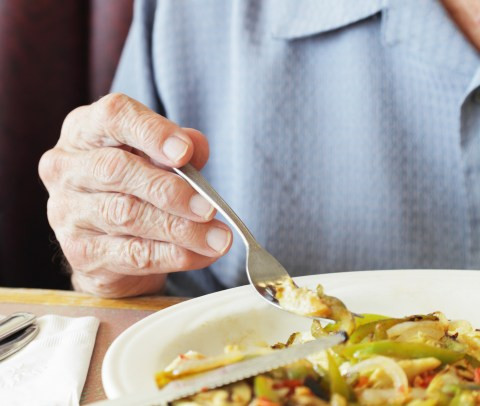 She wrote on her Facebook: ‘Clifford and I have been married almost 41 years and I have made his lunch every working day since day one.

‘On occasion, I would join him on the job site and have lunch with him. He made the comment once that lunch tasted better when you share it with someone you love.’

Tracy explained how Clifford’s comment inspired her to take a bite every day. She continued: ‘Soon after that while fixing his sandwich one night, I took a bite out of it before putting it away.’

‘When he got home (long before cell phones), he commented that someone took a bite out of his sandwich.  ‘I told him that since I couldn’t join him for lunch, I took a bite so he knew I was joining him.

‘I continue to do this frequently (unless it’s tuna or pimento cheese), and he still says, “saw you joined me for lunch today and it sure was good”.’

Over 23,000 people liked Tracy’s post, saying her gesture was sweet.

‘This is so special. You have a role model marriage,’ commented one person while another said: ‘That’s how it’s supposed to be and so seldom is.’.

A third person commented: ‘I can see how your love has stayed strong for 41 years, happy anniversary