The prosecutor of the International Criminal Court (ICC) has issued a preliminary determination to investigate Nigerian security forces over allegations of “crimes against humanity” and “war crimes”.

The ICC Prosecutor, Fatou Bensouda, today, Dec 11, released a statement on the conclusion of the preliminary examination of the situation in Nigeria.

The statement begins: “Today, I announce the conclusion of the preliminary examination of the situation in Nigeria.”

This is coming on the heels of allegations of human rights abuses by the country’s security forces in the north-east and other parts of Nigeria.

Fatou Bensouda continued: “As I stated last year at the annual Assembly of States Parties, before I end my term as Prosecutor of the International Criminal Court (‘ICC’ or the ‘Court’), I intend to reach determinations on all files that have been under preliminary examination under my tenure, as far as I am able.

“In that statement, I also indicated the high likelihood that several preliminary examinations would progress to the investigative stage. Following a thorough process, I can announce today that the statutory criteria for opening an investigation into the situation in Nigeria have been met.”

She added that the ICC “found a reasonable basis to believe that members of the Nigerian Security Forces (‘NSF’) have committed the following acts constituting crimes against humanity and war crimes: murder, rape, torture, and cruel treatment; enforced disappearance; forcible transfer of population; outrages upon personal dignity; intentionally directing attacks against the civilian population as such and against individual civilians not taking direct part in hostilities; unlawful imprisonment; conscripting and enlisting children under the age of fifteen years into armed forces and using them to participate actively in hostilities; persecution on gender and political grounds; and other inhumane acts.” 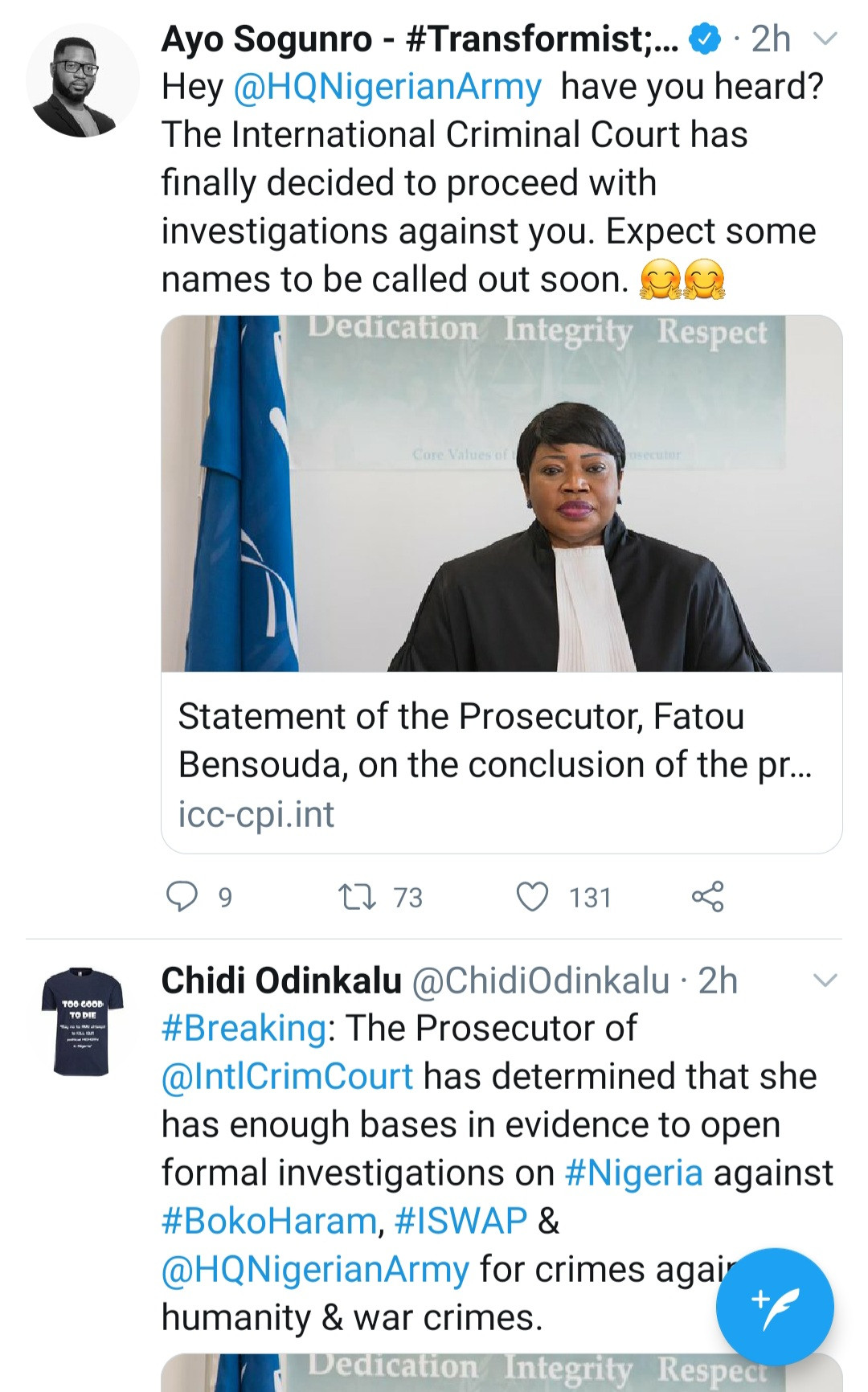