Check the scars on her face? The woman puts a knife on a burner or stove and when it’s hot, she would place it on her face. Her face used to be very swollen.

When the mother refused to leave, she opened the gate for her and let her see the daughter from the gate of the house. She told her, “You can see your daughter is alive right? Now leave my house!”

The grains that the woman brought for the family, the woman instantly gave it out to the security men at the gate.

When the girl’s father was told of the inhumane treatment, he then realized that something was wrong. He made contact with the relevant people on how to get his daughter back but every effort proved unsuccessful. The woman told them that the girl was in Abuja.

On Monday, the Uncle to the girl called the woman and warned her that she had just six hours to return the girl and here we are today.

It was then she started treating the girl with iodine and ice to dry up the wounds.

Mrs. Oyewole has a son who beats Princess at will. Punishes her even under the rain. When all of these happens, the husband locks himself in his room and pretends like nothing is happening. Her children Tito and Nifemi would hold the girl’s neck while the mother would burn her buttocks and vagina with lighter.

They hold her down while the mother inserts a stick into her private part at the same time burning the vagina. They also put pepper in the vagina and over the wounds.

When asked at the police station, why did you treat the girl so, and she replied, “I didn’t know the fire was burning very well like that!”

Her Church had settled the matter. But luckily, Alheri Magaji and the rest have got other NGOs involved. Living Faith Kaduna, you owe Kaduna people lots of apologies. Remember Nathaniel Samuel whom you all said carried a bomb into your Church meanwhile it was stolen fire crackers? You almost set Kaduna state on fire with your conduct. You never came out to address the whole issue.

To date, I believe Nath is still in incarceration. He was your Church member albeit a mentally challenged one. I did my investigation. I got threats and insults when I revealed the whole story. To date, nobody has said anything.

The Church in Nigeria is as culpable as anyone else. You settled this case and wanted that girl back to that woman’s home? You all are crazy! 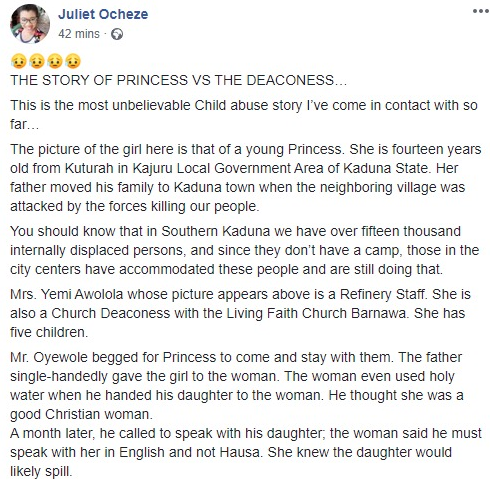 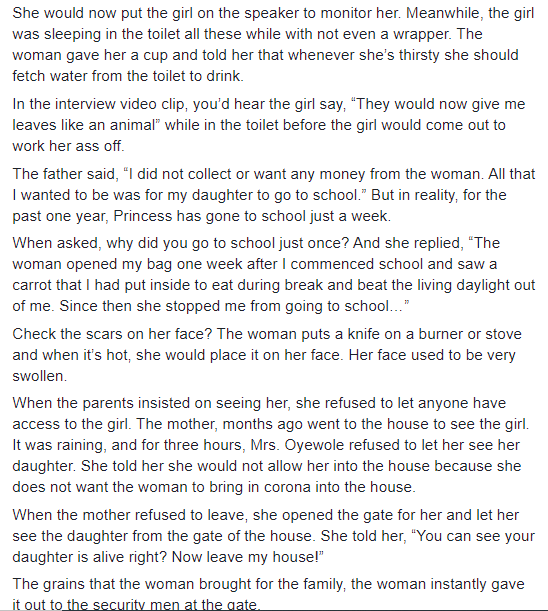 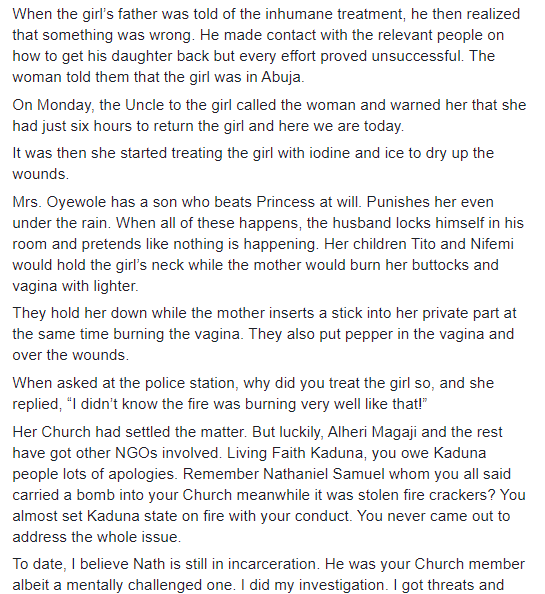 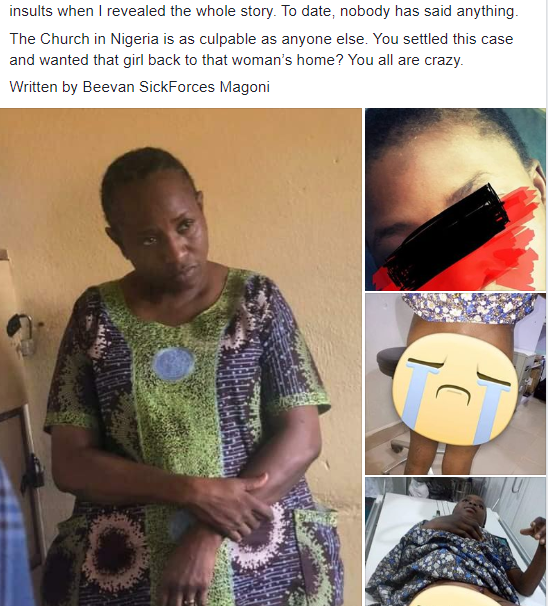