A South African lady has narrated how her house was set on fire by her ex-boyfriend for ending their relationship.

According to @Monica40449774, her ex-boyfriend went on with the arson attack after driving over her and her mum multiple times. Sharing photos of injuries she sustained and aftermath of attack in their flat, the Twitter user said she is now left with nothing.

He drove over me & my mom multiple times and went to burn our flat and i have nothing left. This is all because, i ended the relationship 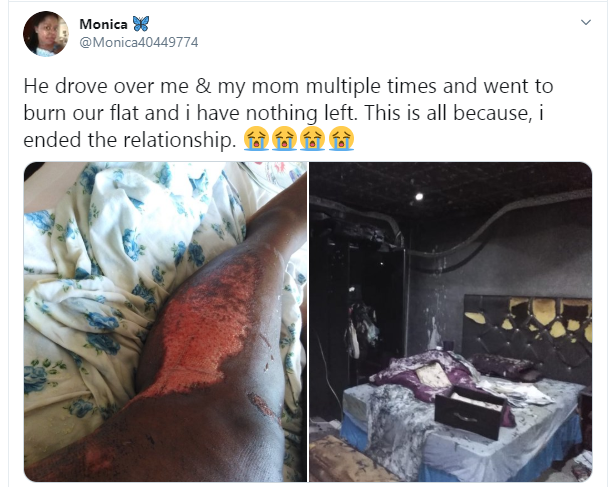