Governor Seyi Makinde of Oyo state has reacted to the report of a SARS officer allegedly attacking a nursing mother and her baby in Ibadan recently.

Recall that the Executive Secretary of the National Human Rights Commission NHRC, Tony Ojukwu, called the attention of the governor to a viral video of the officer pushing the lady via Twitter, demanding the officer must be punished.

Reacting, the governor said his government is already following up on the issue. 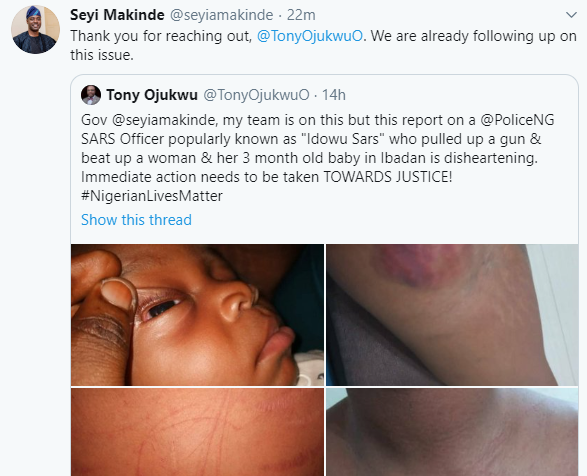