A police officer had no idea he was being filmed after he allegedly extorted 40,000 Naira from a man who defied the lockdown order so he could get food.

In a video going viral on Twitter, Officer Taloju Martins, the SO of Ago Police station in Lagos State, is seen counting 1,000 Naira notes that he allegedly forced a Lagos resident to pay after he was caught outside on Friday, 10, April 2020 at Ago.

The video was widely shared and the officer has now been arrested. 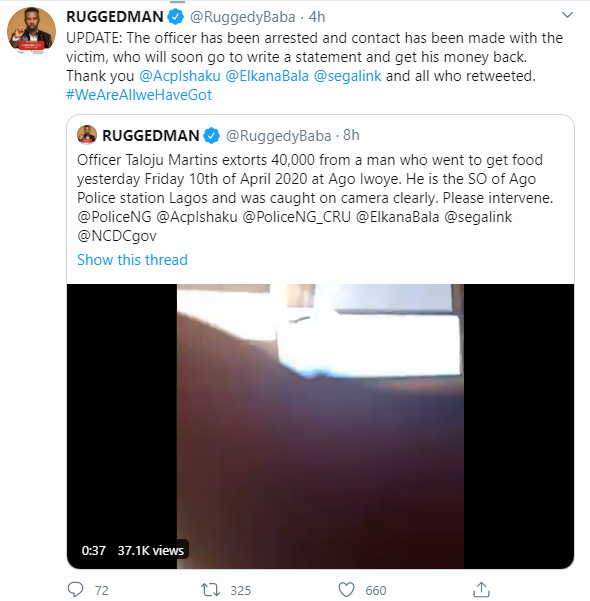 The Lagos State Police Command announced his arrest on Twitter, writing: “The Police Officer from Ago Division in the trending video has been identified and arrested. He will be subjected to internal disciplinary proceedings known as Orderly room trial. #SayNOtoImpunity #BeSafe. 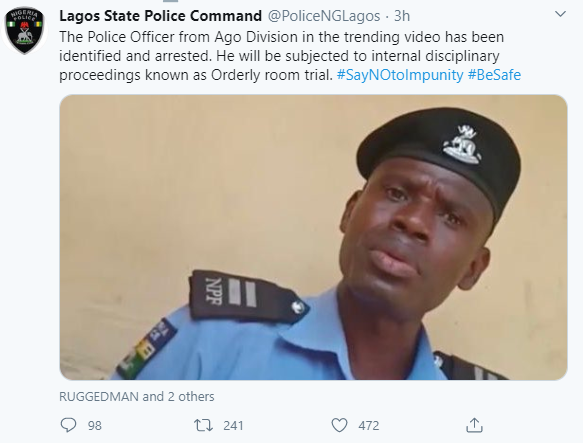