A major road in the Federal Capital Territory Abuja has been named after late Dr. Stella Adadevoh, the medical doctor who played a major role in preventing an Ebola epidemic in Nigeria in 2014. 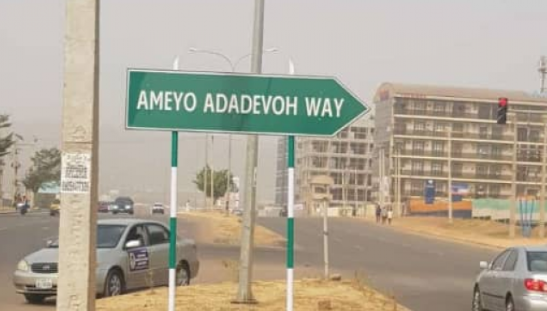 The road, located along Ahmadu Bello Way, close to the Nigerian Air Force Conference Centre, was renamed after Adedovah, about six years after she died from the disease in Lagos.

Adadevoh died in August 2014 while preventing a Liberian man, Patrick Sawyerr from leaving her hospital after she diagnosed him of having the deadly Ebola virus.

Several calls have been made by Nigerians for the deceased medical doctor to be adequately honored by the Federal government.