Agba Jalingo, the publisher of Cross River Watch has regained freedom after spending 6 months in prison.

Recall the journalist was charged with conspiracy, terrorism, treasonable felony and an attempt to topple the state government after he published a story of how Governor Ben Ayade of Cross River allegedly approved and diverted N500 million meant for the state’s microfinance bank.

Jalingo who was granted a N10 million bail by a federal high court in Calabar, was released today February 17 after perfecting the bail conditions.

Nigerian lawyer, First Baba Isa who shared a photo of him driving the journalist out from prison wrote; 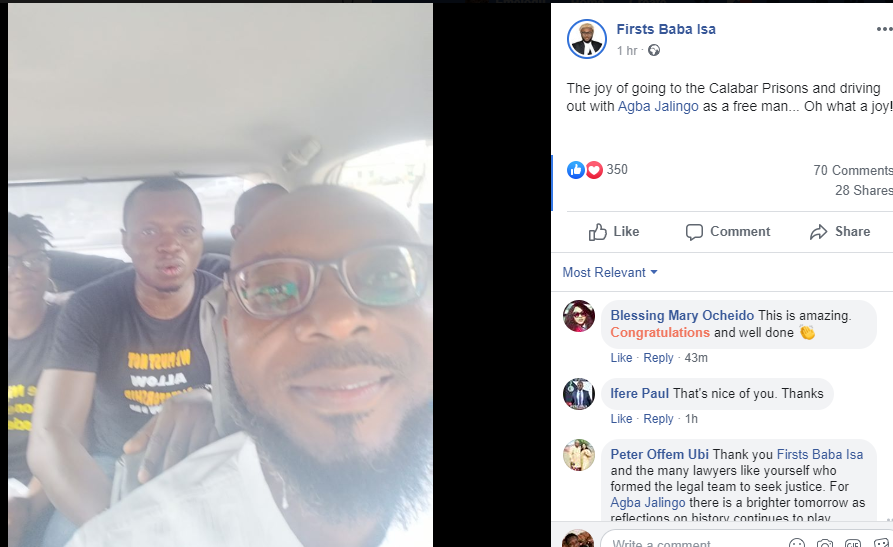 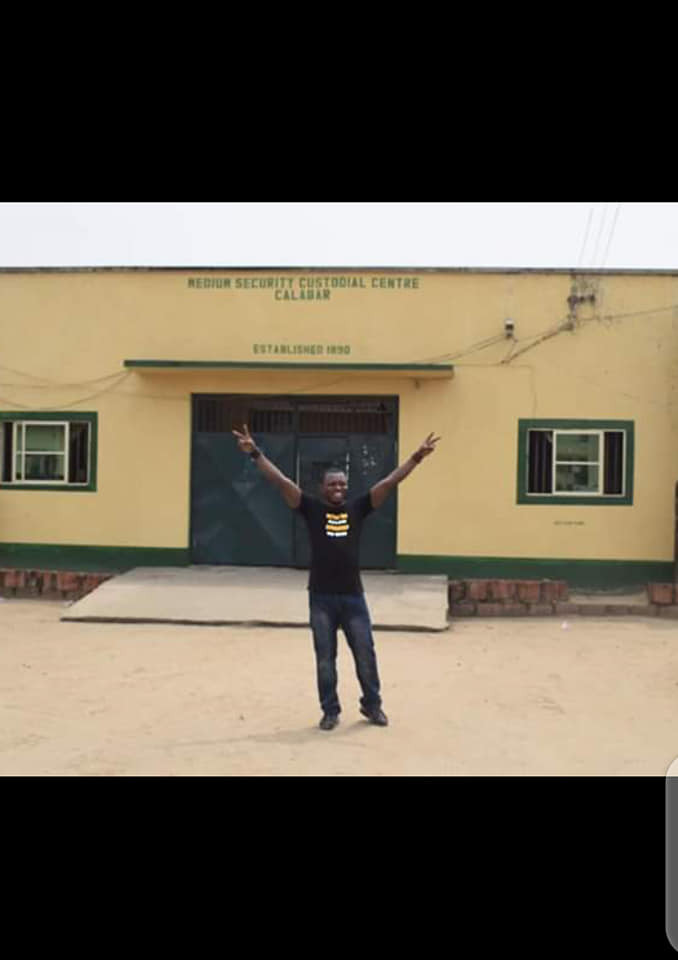 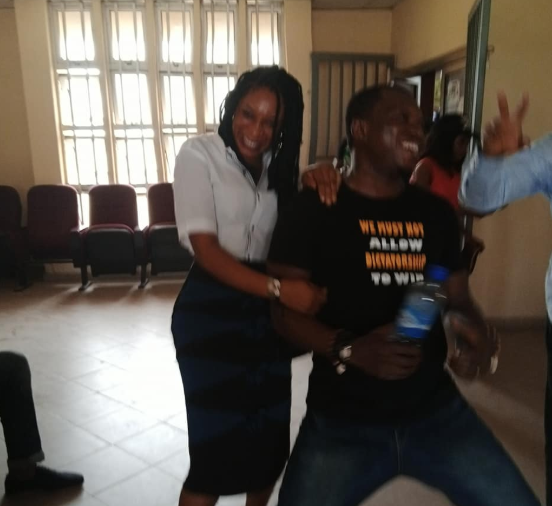 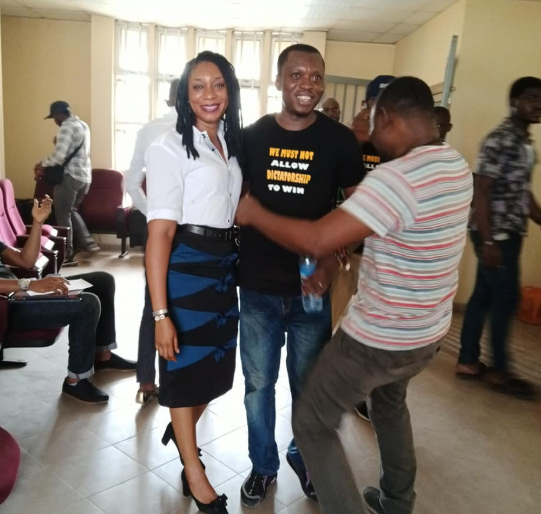 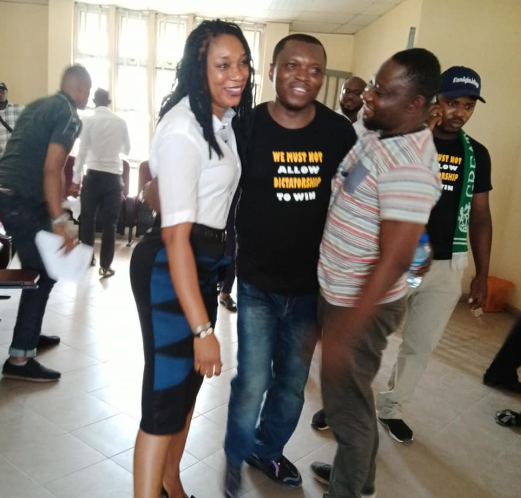 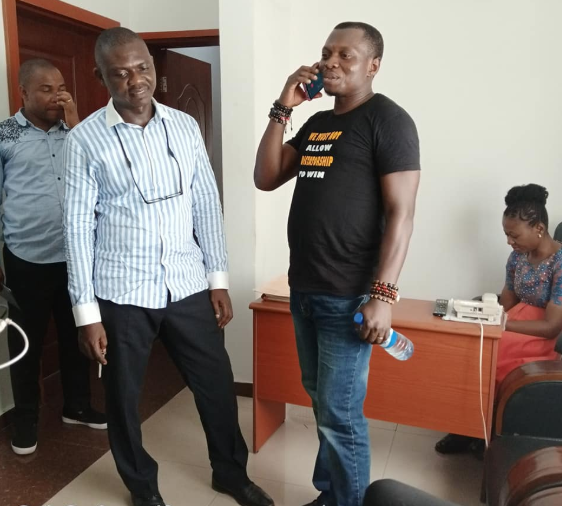