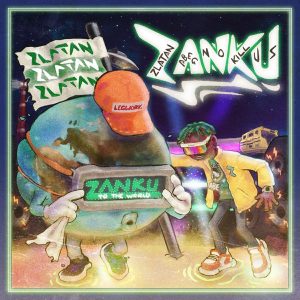 ALBUM: Zlatan – Zanku, The awaited/highly anticipated project is here. Zlatan finally ushers in his first studio album titled “Zanku“, which consist of 17-tracks and the project was released under Alleluyah Boyz Entertainment. The Word ZANKU means (Zlatan Abeg No Kill Us)

The new body of work from Zlatan features the presences and performance from top-notch artists such as; Davido, Tiwa Savage, Burna Boy, Patoranking, Yonda, Barry Jhay, and other talented artists,

Finally, Producers that are involved in the project production includes the likes of;  Rexxie, Kiddominant, Spellz, SperoachBeatz, P.Prime, IamBeatz, and Miraqulous Beatz. All tracks were mixed and mastered by Spiritmyx