According to the National Transport Safety Bureau Chairman, Robert Sumwalt one person is dead after an engine exploded on a Southwest Airlines flight today, sending a piece of shrapnel flying back into a window which caused the woman sitting next to it to be nearly sucked out of the aircraft.

The injured woman has since been taken to the hospital immediately after the flight from New York to Dallas made an emergency landing at Philadelphia International Airport at 11.27am.

There were unconfirmed reports from other passengers that someone else suffered a heart attack on the plane and died. Twelve others were assessed and seven of them had minor injuries.

The Boeing 737-700 was traveling at 32,500ft when the engine on the left side of the plane exploded. Passengers said they heard a loud ‘boom’ and the plane immediately dropped adding that the woman sitting next to the smashed window was drawn towards it and others next to her held her down for 12 minutes until the plane landed.

See photos from the event below… 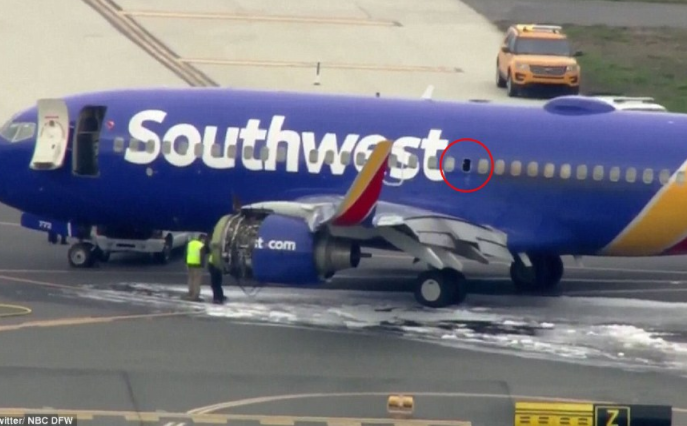 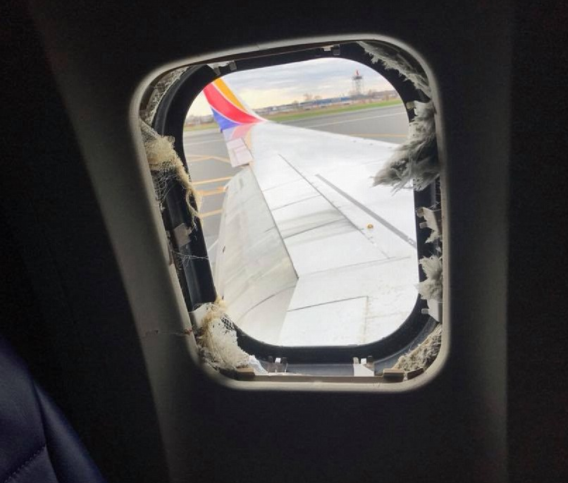 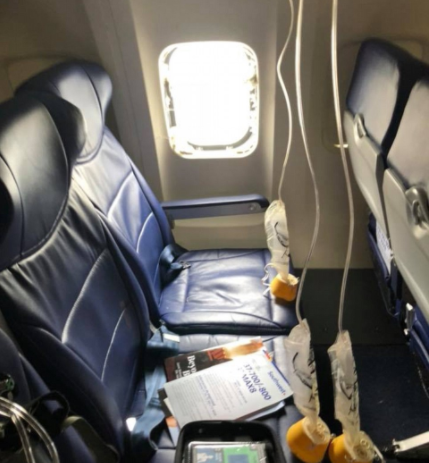