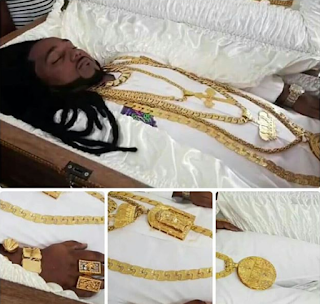 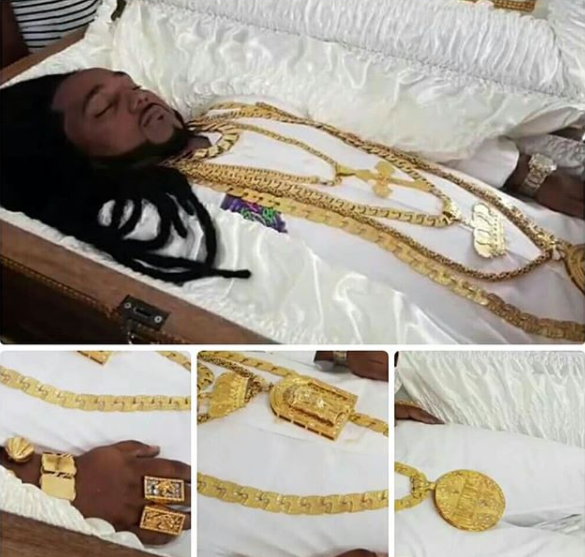 Millionaire Car dealer and real estate agent Sheron Sukhdeo who hails from from Trinidad and Tobago was murdered on Monday in cold blood. He was just 33.
Police reports said that Sukhdeo was shot multiple times in a drive by attack outside the home of relatives at Caroni Savannah Road, Charlieville shortly before 9p.m on Monday March 26th.
Sukhdeo, who is married and a father of two, died while being treated at hospital leaving behind an empire worth tens of millions of dollars, a wife and two children. 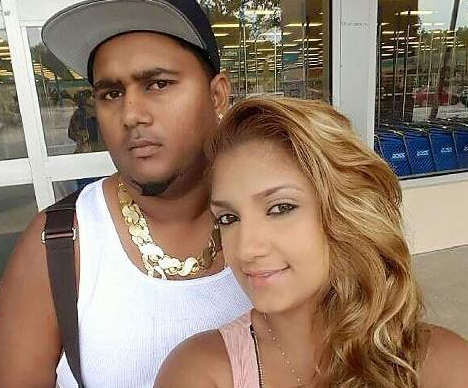 For his burial yesterday, Sukhdeo’s body arrived in a white hearse just before 10 am. He was dressed in white along with his famous gold jewellery adorning his fingers, hands and neck.
His casket was inscribed with the words ‘Sheron’s Auto’ and ‘World Boss’ inside.  A pair of Timberland boots were placed in the casket near to his feet while hs trophies from various racing events were on display.
Several of his luxurious cars were also parked outside the house while his two young children accompanied their mother. Sukhdeo will be cremated at the Waterloo cremation site and so far, no one has been arrested in connection with his murder. 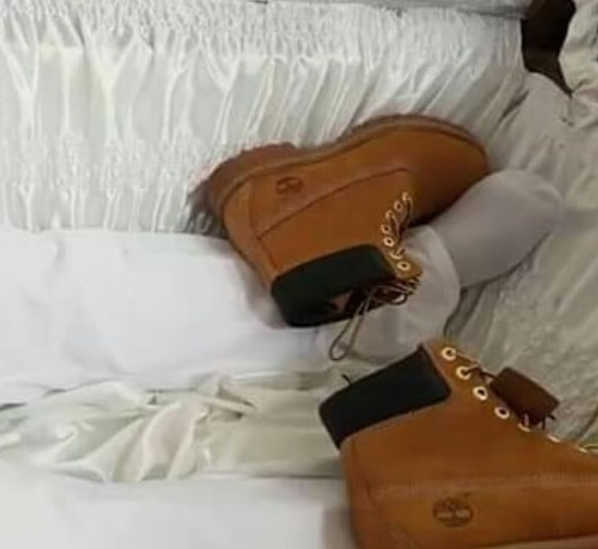 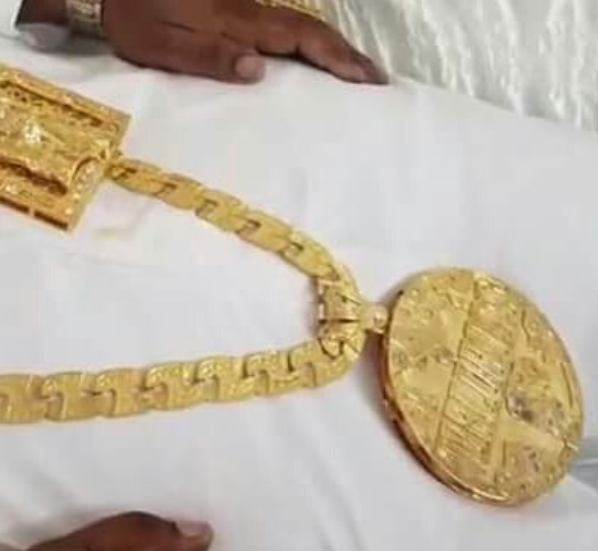 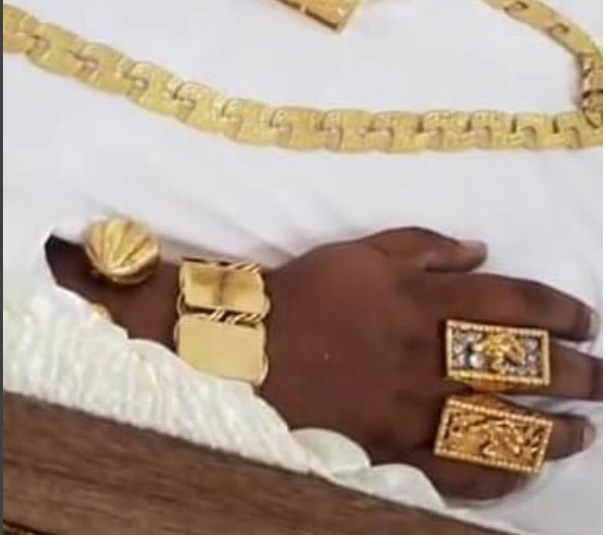 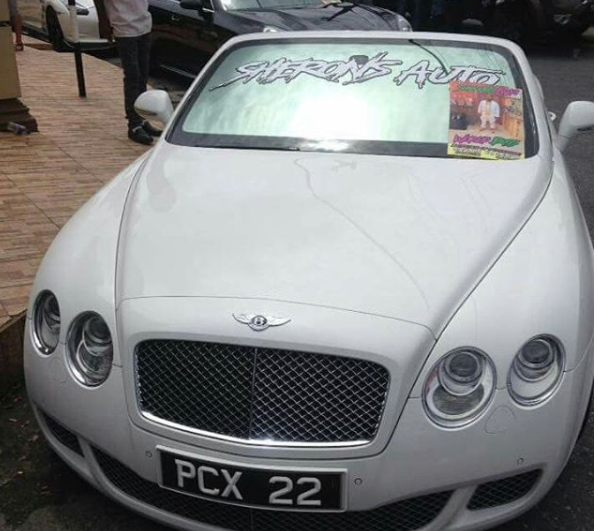