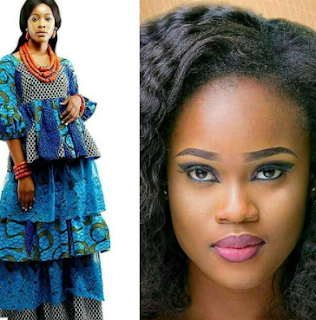 #BBNaija’s Ceec’s sister, has tendered an apology on her behalf over the snide remark she made about her payporte dress right before she ripped the traditional attire and turned it into a crop top.
CeeC’s sister is of the opinion that the housemates might not know their task of modelling these attires for the brands that make them. Read her apology which she posted on Cee C’s IG page below

Since last night it has been all tension following the readjustments Cee-C made to the clothe given to her..It has also been a tough decision to make on what step I should take knowing that this incidence occurred inside the House and Cee-C is not here to speak for herself. But nonetheless I will make a statement on the capacity of her sister..I want to apologize for the rather unnecessary statement that Cee-C made about the attire given to her by @payporte..I’m not there with them as all of us here. But from previous happenings, it may seem that the housemates are not adequately informed about their task of modelling these attires for the brands that make them. I guess this is why some of the housemates go ahead to make amendments to them..It would be more effective if @payporte were to communicate their displeasure to the housemate through their usual communication medium so that Cee-C would make an apology of her own which would be seen as more authentic, genuine and personal than what I have shared here..That said, I apologize on her behalf and also to the Efik ethnicity who may have felt slighted by this. I assure you it has nothing to do with tribe. We love, relate and do business amicably with all tribes and people...Thank you.