Skip to content
54-year-old Gao Chengyong dubbed China’s “Jack the Ripper” who targetted women and girls wearing red, has been sentenced to death for the killings of 11 people including an eight-year-old girl.
The notorious serial killer was dubbed China’s Jack the Ripper after he mutilated the bodies of his victims over a 14-year period.
According to Independent.co.uk, the father-of-two, who ran a grocery store with his wife in the city of Baiyin in China’s northwest Gansu province, was finally caught in 2016. He was identified after his uncle was arrested for a minor offence and scientists found a DNA link to the suspect.
Chengyong who was tried for multiple counts of homicide, rape, robbery and mutilation of corpses, was sentenced yesterday by a Chinese court for the brutal crimes. 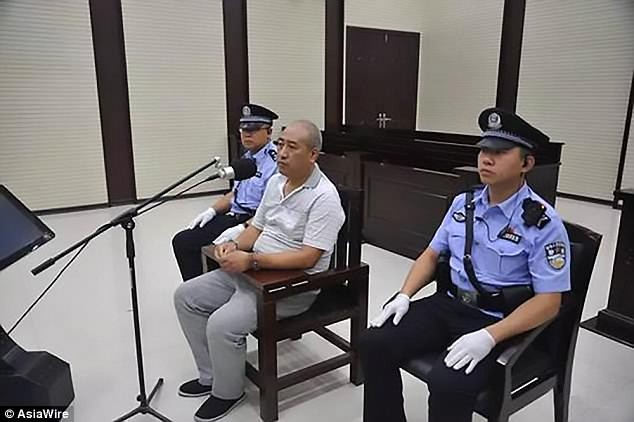 He reportedly targeted those who lived alone, then followed them back to their homes. raped them, murdered and in many cases, mutilated his victims’ bodies.
Chengyong confessed to killing 11 people between 1988 and 2002 in northwest China’s Baiyin city in Gansu Province, and Baotou city in the northern region of Inner Mongolia, the report said.
The body of one woman, Cui Jinping, was found with 22 stab wounds on 30 November 1998. Her hands and other parts of her body were never found, news.com reports.
The New York Times reported Gao’s son was shocked when he heard his father had confessed. “I didn’t know what to say, or how to deal with it,” he said.
His death sentence ends the fear among women living in Gansu Province, China.