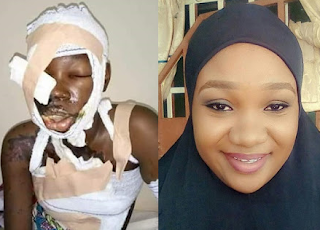 University of Maiduguri Teaching Hospital, UMTH, says it has conducted successful facial surgery on a 26-year old victim of acid attack, Fatima Habu Usman.
The Chairman, Medical Advisory Committee of the hospital, Bashir Tahir, who made the disclosure on Monday in an interview with newsmen in Maiduguri, described the facial operation as successful, adding that the victim would undergo other surgeries on the shoulder and other parts of her body in the coming weeks. 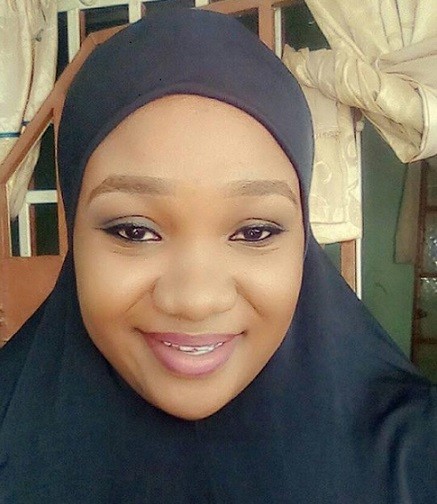 “Fatima Usman is in stable condition now; we shall continue to examine her and assist in her recuperation.” he said
Usman, a final year student of Department of Nursing, University of Maiduguri, UNIMAID, Fatima Habu Usman was kidnapped on Friday March 16, in front of the First Bank Plc, Maiduguri shortly after she emerged from the bank where she had gone to deposit some cash.
She boarded a commercial tricycle popularly called Keke NAPEP to Baga Road, but unknown to her, one of the men in the tricycle brought out a white handkerchief and pretended as though he was having cough, but as soon as he touched her face with it, she passed out, only to find herself dumped at the Railway Bayan Quarters area, bathed with a substance suspected to be acid. 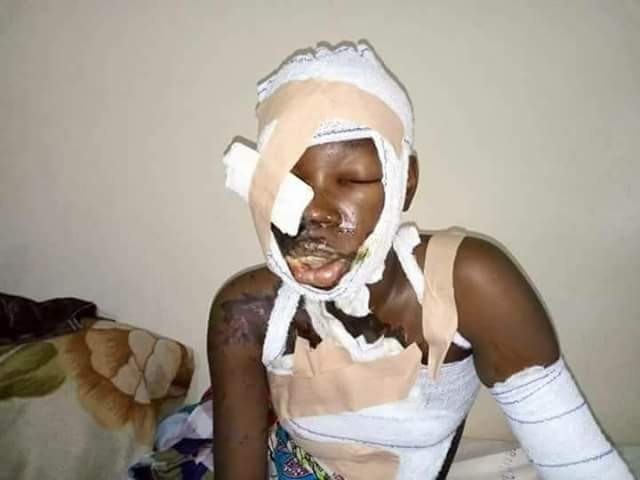 She sustained injuries on the face and other parts of her body.
She was also disposesed of her android phone and other valuables.