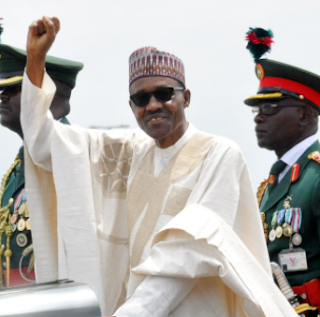 ”You know the peculiarity of Nigeria,  particularly now. If the president speaks too early, it’s a problem. There is a lot of sabotage in the country.  You have also heard so many have said ‘don’t run.’ Because they know that if the president runs, other people should just run away because they don’t have the foggiest chance in hell to beat him. So, they want to discourage him from running.  Now, if he tells you ‘I’m going to run,’ and elections are still one year away, it gives them one year to sabotage the entire country from all fronts – politically, socially, economically – they would throw everything at him just to dissuade him from running.  So, when you know that, why then do you speak early? I think it makes a lot of sense for you then to keep things close to your chest till it is time for you to then say, ‘ok, I’m running’ by which time they can do less damage.” Adesina said