Skip to content
The 52 million naira which was meant for the South East Entrepreneurship Development Center (SEEDC) contract job and renovation of Women Development Center has been swallowed by a mysterious fish in Abia state, Igbere has learnt. The 52 million naira which was meant for the South East Entrepreneurship Development Center (SEEDC) contract job and renovation of Women Development Center has been swallowed by a mysterious fish in Abia state, Igbere has learnt.
Igbere TV gathered that the contract was given to Phrenemos Intl Ltd and was to be supervised by the current Abia State SSG, Dr. Eme Okoro who is very close to governor Okezie Ikpeazu.
Igbere TV scoped that before now there has been news of the SSG mismanagement of financial transactions and requests for kickbacks from contractors, but this shocking revelation completely broke the camels back as mysterious fish has been alleged to have swallowed the whole money meant for the job.
The investigations done by our reporter reveal that the SSG who was instructed by Gov. Okezie Ikpeazu to oversee the job told the MD of Phrenemos Intl Ltd to open a UBA account with one Glory Emucha in the pretense that UBA is the Bank Abia State government is dealing with, not knowing the reason is for easy access into his account .
After weeks, the MD of Phrenemos Intl Ltd, Engr Emma Uche Adimoha approached UBA to know the status of his account in respect of the contract payment and discovered the unbelievable. Adimoha was told that a ‘mysterious fish’ has swallowed the whole money.
He discovered that 2 million Naira was paid into his account but was also swallowed by the mysterious fish without his knowledge, meanwhile he had been spending his private funds facilitating the project.
He subsequently discovered that a financial project report was sent to the governor detailing that over N15million that was released has been used in the project.This simply means that government actually released over N15m for the project and N2m was paid into Phrenemos Intl Ltd.’s account which was withdrawn without his consent and the remaining diverted.
A source revealed to our correspondent that   Gov. Okezie Ikpeazu’s government is already gathering very bad image based on fraud issues linking top government functionaries in his government.
The source also revealed that DSS has already made some arrests in connection with the fraudulent engagement .
The SEEDC N52m Contract Fraud Case has become a wild fire in Abia,  burning without control.
Below are documents of the contract and audio recordings from the controversy surrounding the scam
SEEDC-SCAM-AUDIO3 SEEDC-SCAM-AUDIO2 SEEDC-SCAM-AUDIO1
. 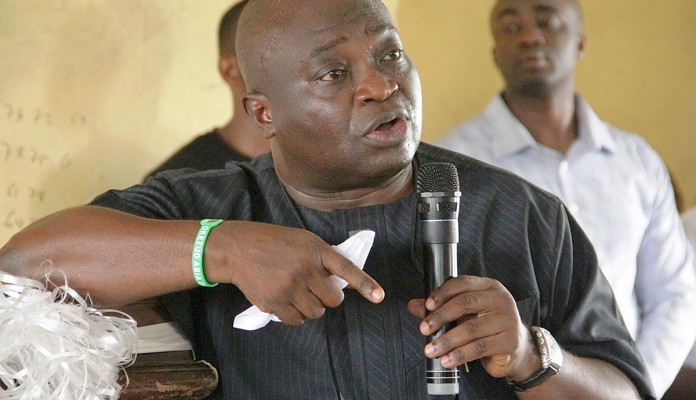