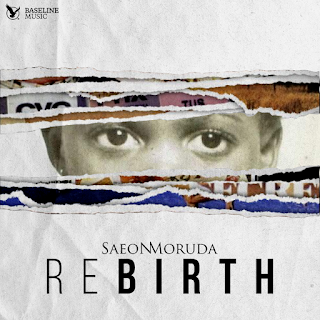 Nigeria’s leading songwriter/rapper/singer/ SAEON MORUDA has released the highly anticipated single ‘Rebirth’ – a brand new song from her upcoming mixtape – Birth of the #BoyChick set to be released this year.

“Rebirth” – which was produced by DWill – is available now at all DSPs and streaming services.
Popularly known for hit singles ‘De Be’ and ‘Boogie Down’ featuring WizKid, the #BoyChick is set to raise the bar and thrill fans with her new sound which projects a new persona they are yet to discover.
The track which follows her brief absence from the industry following personal challenges tells a story of resilience and the believe in a higher purpose.
In addition, fans will be treated to a brand-new music video with the single title ‘Rebirth’ a film by Kelechi Okoro, featuring SAEON MORUDA, Darnell Twinn and Candice Joy. It was produced by SAEON MORUDA, Kelechi Okoro and edited by Fiyin Bakare and Panache.
“To the ones who’ve held me down always, come rain or shine, my true and loyal #Morudans … thank you so much for your patience. 1 year is a long time to wait and I’m super excited to finally give you guys #Rebirth out tomorrow“ she shared on Twitter.
‘Rebirth’ is currently available on all digital music providers.
© Baseline Music 2018.

iTunes  – https://itunes.apple.com/gb/album/rebirth-single/1349443203
Apple Music –  https://itunes.apple.com/gb/album/rebirth-single/1349443203
Boom Play – http://www.boomplaymusic.com/share/music/1455628
Spotify – https://open.spotify.com/track/2FPz76BDx2aE7ZhO5FkGIr
Tidal – http://tidal.com/ng/store/album/84747702
Deezer – https://www.deezer.com/us/album/57276262
ABOUT SAEON MORUDA
Oluwaseun Omolara Oni (born September 2) popularly known as “The #BoyChick SAEON MORUDA with the #87Swags”, is a Nigerian Singer, Rapper, Songwriter and all round entertainer originally from Oyo State, Ibadan but born and bred in Lagos.
She has a background in International Studies and History from the Babcock University Nigeria and a Masters Degree in International Relations from the University of Warwick, United Kingdom.
She coined her stage name, SAEON, by playing with the letters in her real names. MORUDA didn’t become a part of her stage name until later in her career. While making a song titled “Boogie down”, she used the line “sexy mama SAEON mo rude ah” (English for sexy mama SAEON I’m rude, ah!). On seeking a verdict from her good friend, he interpreted it as SAEON MORUDA.
In 2010, SAEON MORUDA became the first ever winner of “The Underground” a platform that showcased up coming Artistes, and through this opportunity, she made a name for her self by releasing a few demos including the popular “Let It Go (Oops)”, “Recover From You” ft Falz, “I’ll Be Gone” and “My Man”. She also featured on Blackmagic’s “Foreigner”, where she showed her diversity in delivery by spitting 8 bars on it. Following that, she has gone from making a cover of Brymo’s “Ara” to getting signed on to Baseline Music, dropping “I AM SAEON -THE EP”,  topping charts with hit singles such as “Awada Erekere”, “Boogie Down” ft Wizkid produced by Maleek Berry, “De Be” ft Ycee produced by JahBwai, “Ninu Clubi” produced by TK and much recently, “#Aii” produced by DWill.
Describing her genre of music as Trap’n’B (a genre she coined specially for her self) a fusion of Rap, Hiphop and RnB, she has been nominated for several categories in different platforms including Nigerian Music Video Awards (NMVAs), Hiphop World Awards, Top Naija Music Awards to name a few.
With over 70 song writing cedits, SAEON MORUDA has worked with producers like Tintin, Jrs, David Evans, Studio Magic, Ikon, Ibk, Cobhams Asuquo, Gospel, Sazzy (R.I.P) and more recently, Dwill and Karma.