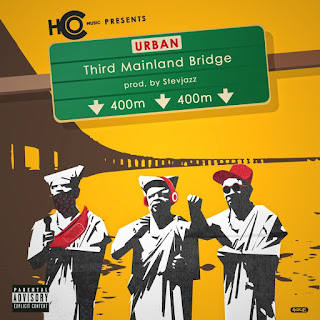 Urban is a young singer, rapper and songwriter signed on to production and music outfit HCO music. Urban has been making music since 2009 and is churning out his first record for the year off his “Lost Tape” archive titled Third Mainland Bridge produced by renowned producer Stevjazz. A blend of Afro hip hop and trap, Third Mainland Bridge tells the tales of an upper coming artist in the city of Lagos. It is on iTunes,boomplay and other major online platforms. Follow Urban on his social media platforms
IG @official_urban, @official_Hco Twitter @kvng_urban
Facebook page: official_urban
DOWNLOAD Urban – Third Mainland Bridge