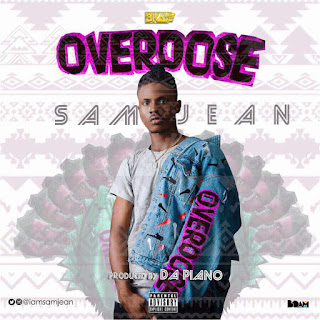 Bkay Entertainment & Records Just Signed it’s first act and is set to unveil officially it’s first recording artiste “SAMJEAN” Whose Real Names Are “Bakare Samson Oluwaseun” As He Releases his first official single titled “OVERDOSE”.SAMJEAN Started his music career in 2010 as a singer and drummer in his church choir. HE is a Nigerian rap musician, songwriter and producer.Bkay Entertainment & Records is a standard music and entertainment company founded by Kayode Bakare.OVERDOSE Was produced By Ace Producer DAPIANO. CONNECT WITH SAMJEAN ON SOCIAL MEDIA:INSTAGRAM: @iamsamjeanTWITTER: @iamsamjean