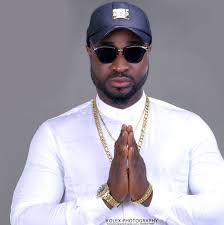 HARRYSONG KINGMAKER CONCERT 2018 TO REWARD TWO FANS WITH A TWO DAY ALL PAID TRIP TO WITNESS THE CONCERT, TOURIST LOCATIONS IN DELTA STATE AND A MOBILE PHONE EACH.  The 2018 leg of the Harrysong concert now tagged ‘Kingmaker concert’ (The Blessing) scheduled to hold on the 29th of April 2018 at the Warri City stadium is expected to be another classic considering the success of the July, 2016 Harrysong’s ‘One Delta Peace Concert’ held in Asaba, where the crème-de-la-crème A-list entertainers thrilled the trailer load of audience that attended the show.  The 2018 Kingmaker concert will not only be ground-breaking due to the long list of performing artistes and comedians that will grace the stage with the poster boy of Alterplate Records, Harrysong; but Two diehard Harry’s fans who will participate in the #kingmakerconcert viral contest will stand a chance to win a two day all paid trip to witness the concert as a VIP guest and a trip to visit some of the best tourist locations in Warri and Delta state at large. Also, they will win a mobile phone each.
This activation tied into the Harrysong Kingmaker concert is tagged #mybeautifuldeltastate and #mybeautifulwarri. One of the major aims of Harrysong for this year’s concert is to promote tourism, youth empowerment and to also provide a stage for several talented people that will be part of the show to become their own kings and queens.
How to participate in the #kingmakerconcert2018 contest:  1-  Get a cardboard paper or plain white paper, write Harrysong #kingmakerconcert , April 29th 2018 on it. 2-    Get someone to record you with the paper facing the camera, with you saying your name, what you do and how you will like to be empowered. End it with ‘I’d love to attend the Harrysong kingmaker concert, April 29th, 2018 in Warri.’ 3-     Post it, use the hashtags #kingmakerconcert #mybeautifuldeltastate #mybeautifulwarri and get your friends to like it. 4-     Tag @iamharrysong. If your post is reposted by @iamharrysong, then get more of your friend to go like it. The person with the most post likes wins.  Term and condition apply – You must be in Nigeria to win