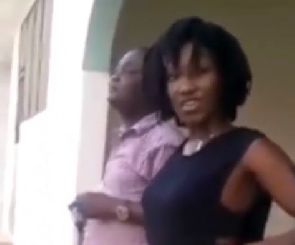 A video of dancehall artiste, Ebony Reign’s last moment with her family has emerged hours after news of her shocking demise.

The video captures Ebony fun time with the family as they celebrated her success in the music industry and unfortunately that was her saying goodbye to the people she loved best.

She however met her untimely death while returning.

Ebony is said to have died in a gory road accident, late Thursday evening on the Sunyani-Kumasi road.

According to police, the 20-year-old singer and two military officers were on board a Jeep with registration AS 497—16 from Sunyani heading towards Kumasi when it collided head-on with a VIP bus heading towards Sunyani from Kumasi.

Meanwhile, Prophet Badu Kobi, leader of Glorious Wave Church International has come out to declare that he predicted her death.

Speaking to Kwasi Aboagye on Neat 100.9 FM, the prophet, stated that, he told another presenter, Kwabena Marfo, also of Despite Group, in a personal conversation that Ebony had a short life 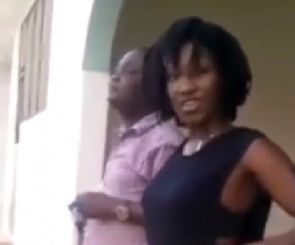